The season finale was 'a cop-out' and 'a turn for the worse,' says author and 'Lost' guru Chris Seay. But there's still much we can learn from the show.
Chris SeayMay 25, 2010

The final episode of Lost did not seem to disappoint the faithful at the Orpheum Theater in Los Angeles, where I joined 2,000 fans, journalists, and bloggers for the conclusion to one of the most discussed shows in television history. The adjectives I heard after the 2½-hour finale were glowing—"perfect," "beautiful," "amazing."

But not from me. I was less than fully pleased with the way this beautiful narrative arrived at its final destination, even if that destination was heaven itself. I wasn't expecting every question to be answered, or the ethic of this wide-reaching narrative to be fully summed up; anyone expecting such clean closure does not fully appreciate this show. But I did expect that we would be offered a coherent story that does not leave gaping holes that could sink a life raft, much less a submarine.

I still don't know how or when anyone other than Jack actually died, or how Jack has a son in purgatory that did not previously exist, or the meaning of the light. I expected that we would all have much to discuss, but it will take weeks to figure out whom we think actually died, and when it was that they met their maker.

The debate about the spiritual ethic of the show will continue; that is as it should be. What no one wanted to be arguing was whether or not Season 6 had any meaning whatsoever? Have our friends been in a form of purgatory playing out two destinies that lead to the afterlife? Michael's statement to Hurley that he was stuck on the island waiting to pass through to his next existence seems to indicate that purgatory is everywhere, even on this island.

It seems that our favorite story took a trite turn for the worse at the last minute. Both stories—on ... 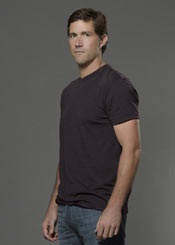