A new study suggests that evangelical pastors have been more likely to take public stances and candidates than their mainline cohorts.
November 22, 2010 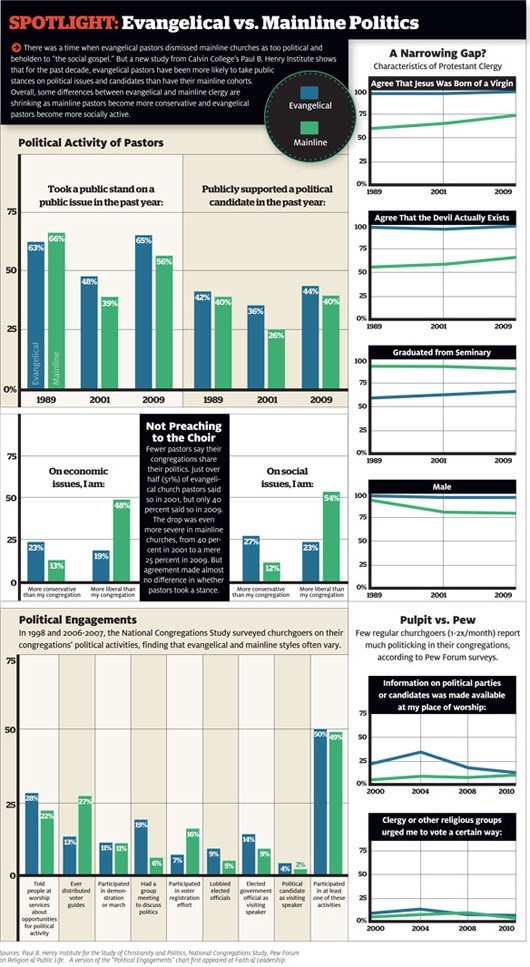 The Henry Institute's report is not yet available online.

A version of the "Political Engagements" chart first appeared at Faith & Leadership's Call & Response blog. Elsewhere on that blog, Mark Chaves of the National Congregations Study looked at the political issues demonstrated, marched, or lobbied on and Americans' attitudes toward religious leaders' political involvement.

The Pew Research Center for the People and the Press has more data on political activity at churches. The Pew Forum on Religion & Public Life has newer data on religious aspects of the 2010 election.