The franchise everyone loves—or loves to hate—begins its conclusion. PLUS: Destiny vs. free will in 'Twilight.'
Kenneth R. Morefield|November 18, 2011
Our Rating

When last we left the Twilight franchise, vampire Edward Cullen had reluctantly agreed to turn his human beloved, Bella Swan into an immortal yet soulless creature like himself—under the condition that she would agree to marry him. Breaking Dawn—Part I opens with romantic rival (and werewolf) Jacob Black receiving his wedding invitation. The plot of the film centers on the wedding and honeymoon of the main couple and how complications arising from them threaten to end a fragile peace treaty between the vampires and werewolves.

While I do not count myself amongst the franchise's devotees—I have read the first book and seen all the films, mostly out of anthropological curiosity—I have come to wonder whether some its most hostile critics might be engaged in what Eve Kosofsky Sedgwick calls "paranoid readings." The characteristic mood of a paranoid reading is contempt toward or fear of the object being scrutinized (as opposed to curiosity about it), and, perhaps, the characteristic critical action is to view the art object as wholly bad, representative of a class, movement, position, or ideology that is both threatening and repugnant to the viewer. Paranoid readings deny any complexity in the art object, and they tend to treat the objects of analysis as static, unchanging. Paranoid readings, too, have a scapegoating tendency, often treating the art object as representative of (or even the source of) all that stands in absolute contrast to the reader's own ideological purity.

A paranoid reading of the love narrative in Twilight, for example, might characterize Edward as a patriarchal control freak, focusing on those incidents where he seeks to control Bella's behavior and excluding those areas where Bella ... 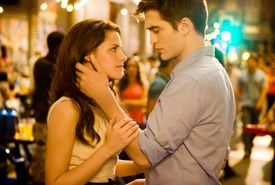