Are we really doomed to this?
Kenneth R. Morefield|July 11, 2014
Image: Twentieth Century Fox Film Corporation
'Dawn of the Planet of the Apes'
Our Rating

Rise of the Planet of the Apes (2011) had better special effects than either the original franchise or the Tim Burton remake—but it had two big problems. First, since it was an origin story, we always knew what the the outcome would be. The movie had 90 minutes of foreshadowing, followed by 15 (stellar) minutes of action mayhem. Second, since nearly every human that wasn't Rodman or his love interest was an unrepentant jerk, it was hard not to find ourselves rooting for the apes—or at least wondering if we were supposed to.

But what Rise did well, it did exceptionally well. Dawn of the Planet of the Apes has a new director—and, perhaps more importantly, it doesn't have to be an origin story. So there was no reason to think that this newest film couldn't be one of those serial installments (like The Empire Strikes Back, Harry Potter and the Prisoner of Azkaban, or Toy Story 2) that was better than its original tentpole.

It is better. Not by much, though, and not where it counts the most. It's better on the level of spectacle, but the storytelling remains shaky at best.

Its implications about us also remain troubling—and not in a good way.

Dawn begins several years after the "Simian Fever" has decimated the human population, causing the collapse of governments and crippling the technological infrastructure on which civilization apparently rests. After a montage during the credits summarizes the back story, the film's first 15 minutes or so focuses on the burgeoning and somewhat Edenic ape civilization in the forests outside San Francisco.

The highly evolved ape Caesar has passed on sign language (and a smattering of voiced words) to his companions, along with healthy ... 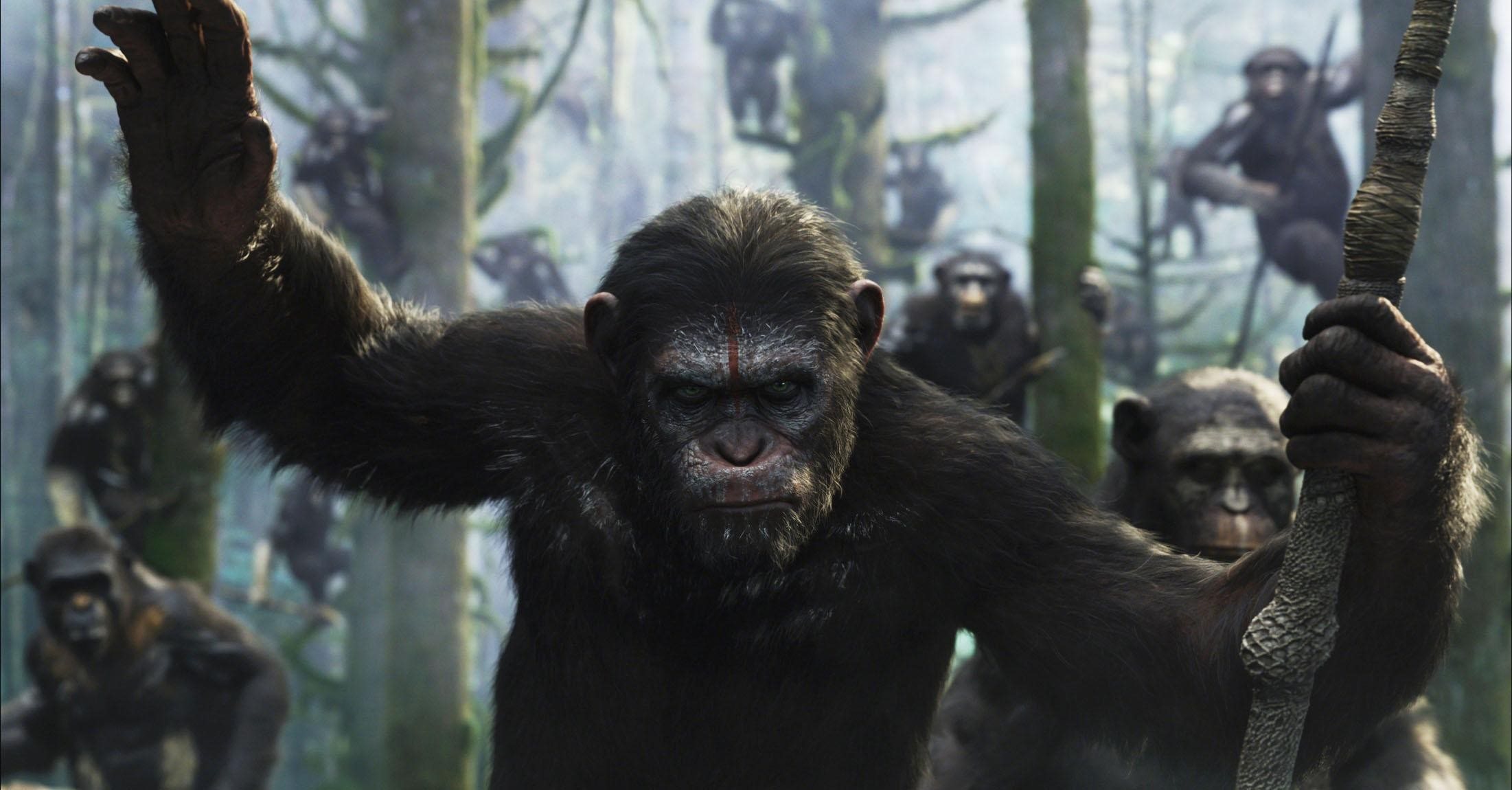