(WWM) Less than a week after Niger's president marched alongside dozens of world leaders in Paris following the Charlie Hebdo shooting, Muslim protests in Niger have claimed the lives of 10 people and destroyed more than 70 Christian churches in the desert nation's two largest cities.

Niger, long praised for its secular government and relative tolerance towards Christians (more than 98 percent of its population are Muslim), has seen growing radicalization in recent years. In 2012, several churches in the country’s second-largest city, Zinder, were vandalized by mobs in response to a provocative video, The Innocence of Muslims. This led Open Doors to add Niger to its 2013 ranking of the 50 countries where it's most difficult to be a Christian. (Niger was removed from this year's World Watch List, although persecution levels remain virtually the same.)

The weekend protests started in Zinder on Friday (Jan. 16) and spread to surrounding areas before reaching the capital, Niamey, on Saturday.

Nigerien police say 10 people died and 45 churches burned down in the two days of violence. (Religion News Service reports the "targeted churches were mainly of the evangelical denominations built on the left bank of Niamey.")

But information gathered by World Watch Monitor (WWM) reveals that more than 70 churches have been destroyed, along with numerous Christian schools and organisations, including an orphanage. The 40 children of “The Good Samaritan,’’ run by the Assembly of God Church, are currently in ‘‘disarray’’ under the care of police.

Over 30 Christian homes were believed to be looted and burnt down. Those affected say the violence has left them ... 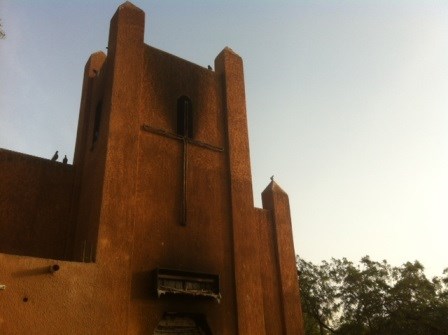