Important developments in the church and the world (as they appeared in our January/February issue).
January 6, 2015

LifeWay Research asked three groups of Protestants—pastors, family members of people with acute mental illness (severe depression, bipolar disorder, or schizophrenia), and those with such illnesses—when “psychological therapy” should be used. Before "sharing spiritual principles"? After? Few opposed therapy, though many were unsure.

Churches can stop worrying that their pastors’ best benefit will be taken away by an atheist group’s lawsuit—for now. The Seventh Circuit Court of Appeals overturned a lower court’s high-profile decision that pastor housing allowances are unconstitutional. Since the Freedom From Religion Foundation hadn’t sought the allowance for its own leaders, the court said, it had no right to challenge the 60-year-old tax break. The Department of Justice has argued that atheists would qualify as "ministers of the gospel" under IRS guidelines. Legal expert Richard Hammar cautions it isn’t clear that the IRS would agree. 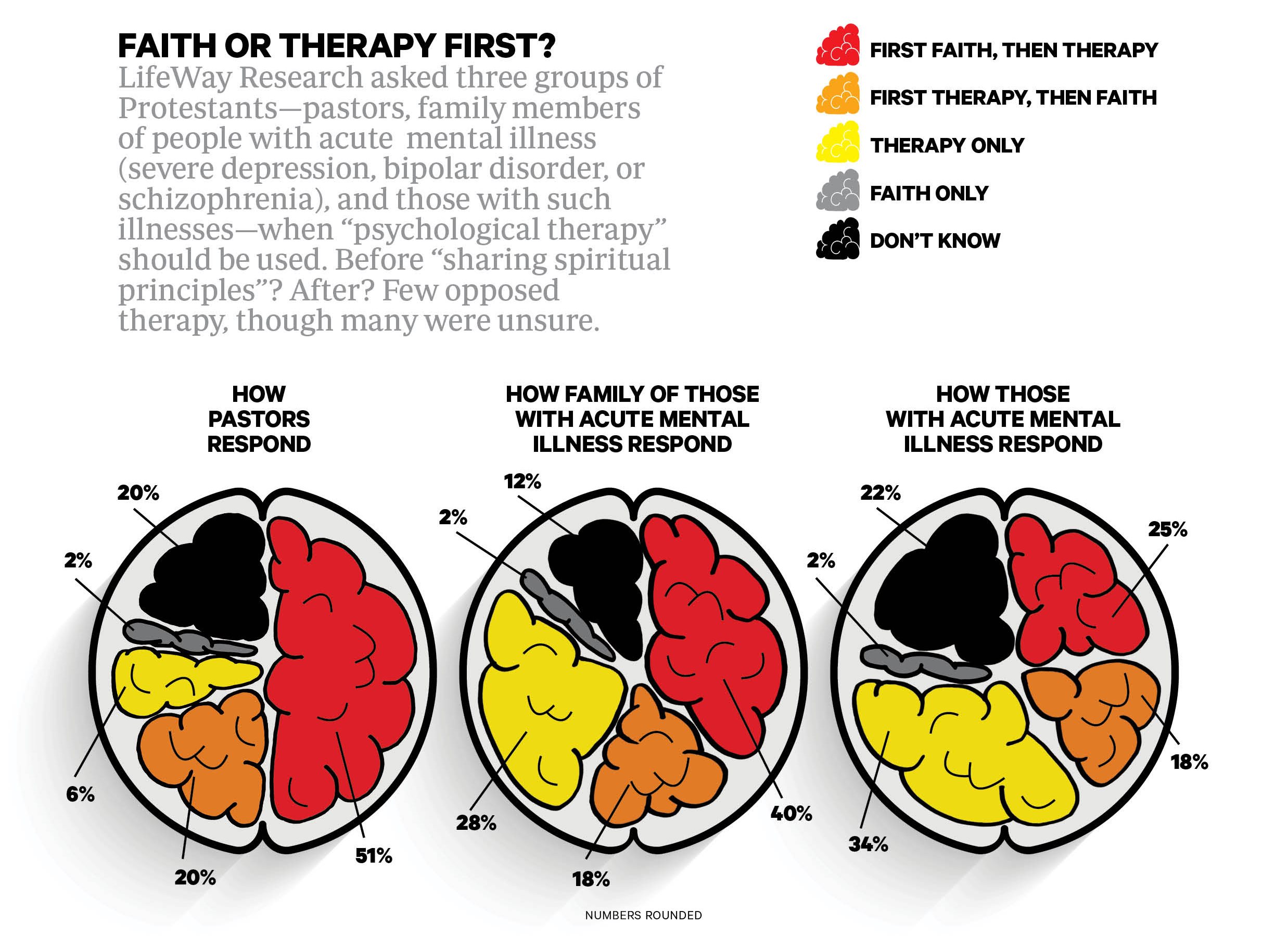 This article is from the January/February 2015 print issue. Subscribe to continue reading.