Note: There are implied plot spoilers in this review, particularly about a twist that is revealed in the film’s trailer but which the director has said he nevertheless hoped would be more of a surprise.

Does continuity matter to you? Even a little bit?

The Terminator franchise has always existed somewhere in the mushy middle between unified stories told across multiple films (The Lord of the Rings, Harry Potter) and serial stories free to change actors, back stories, and plot points (James Bond, any superhero franchise).

The first film was most likely intended as a one-off, and that’s nowhere more evident than when Kyle Reese tells the disbelieving police that “nobody goes back [through a time travel portal], nobody else goes through.” This little bit of mythological world building was necessary to keep away any of the inevitable questions surrounding time travel narratives. Why only one Terminator? Why only one time? Why not eliminate Sarah’s parents or grandparents or great-grandparents or great-great grandpare . . . ? Why are the ripples of change caused by time-travel so focused on one person? Why are we sure that in killing this one person that nothing else will change besides the end of the world?

It’s not so much that the original film gave better answers than its sequels to these time travel conundrums; it’s that the first film signaled that it didn’t really care about them.

The original story’s time travel backdrop was a frame to explain a tight chase and rescue story about and raising the stakes around its outcome. Terminator 2: Judgment Day took advantage of greater special effects to essentially retell the same story, but on a bigger scale. It was ... 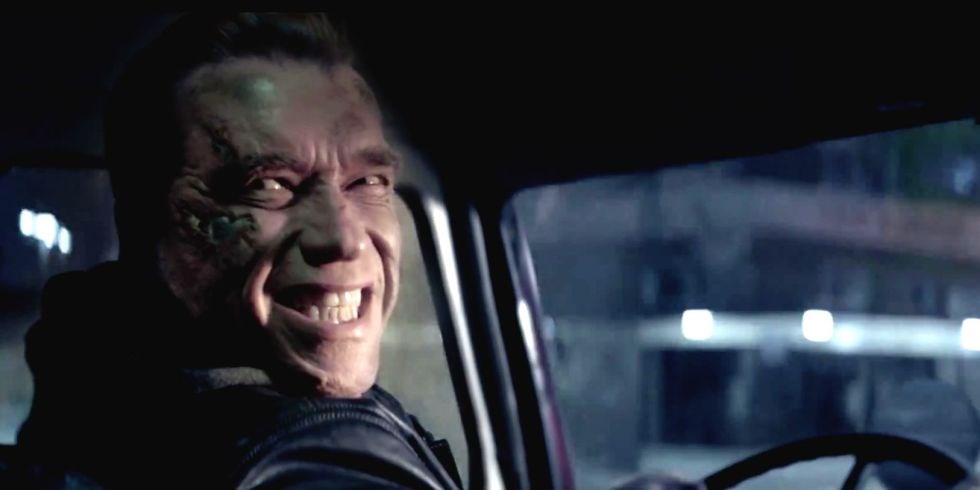