You can’t please all of the people all of the time—or can you?
Kenneth R. Morefield|June 17, 2015
Image: Disney/Pixar
'Inside Out'
Our Rating

I’m probably as stubbornly seated at the end of Inside Out as many are about giving the film a standing ovation—but I am clapping, moderately. I both enjoyed and esteemed the latest Pixar installment. But I’m not ready to give away the farm, quiet yet.

Then again, I know that makers of animated films are confronted with a nearly impossible task these days, with an audience that includes distractable toddlers, bored parents, and those who are neither. And since everyone can rewatch the films endlessly once they're released for home viewing, the movies have to hold up to intense scrutiny—nearly frame by frame. There’s no such thing as a throwaway gag any more. Lyrics for Frozen were endlessly dissected, dialogue was parsed, images of a family in a sauna put under the microscope.

So in such a landscape, the near universal praise for Inside Out is more remarkable than any curmudgeonly sighs coming from a few critics who aren’t as enthused. And part of me really wants to just join in with the choir of enthusiasts, rather than singing my own song. If it’s not quite out of tune, I sense I am not getting the harmonies right.

But for a film boasting about the importance of the imagination in the human brain, the film is pretty formulaic. Like Toy Story, it tells a generic but pathos-laden story of adolescent trauma from the viewpoint of animated creatures whose existence is tied to and parallels the aforementioned adolescent. The major characters are not living toys but emotions: Joy (Amy Poehler), Anger (Lewis Black), Fear (Bill Hader), Sadness (Phyllis Smith), and Disgust (Mindy Kaling). They live in the brain of Riley, a precocious Minnesota girl who likes hockey but gets ... 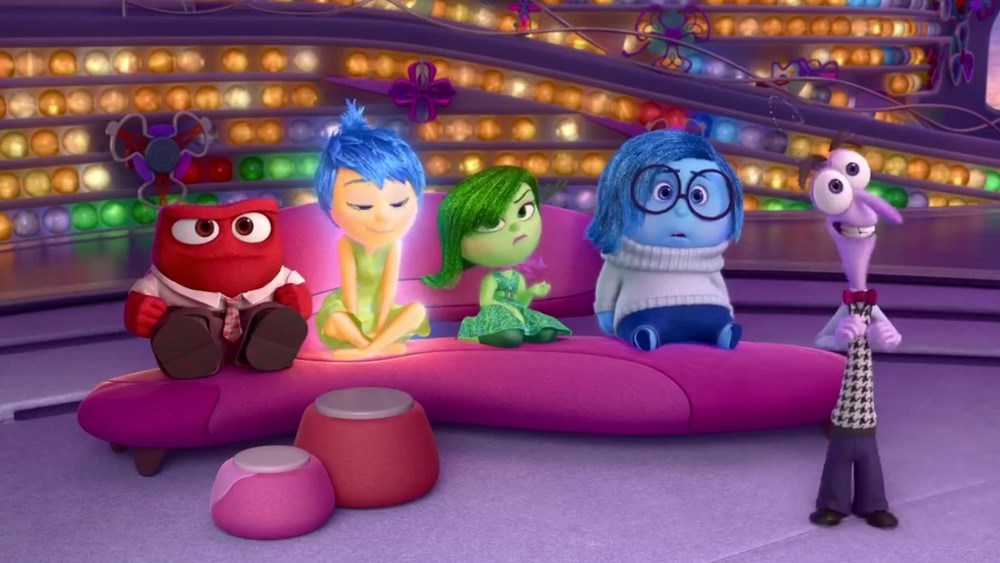