The Japanese Bible series has sold more than the Jesus Storybook Bible. So why is it not taking off in Japan?
Alanna Foxwell-BarajasSeptember 23, 2016
This article is from the October 2016 issue. Subscribers can read all of CT's digital archives.

A teenage romance, the star-studded appearance of a celestial messenger, the Annunciation in orbs of white light: On every page, the five-volume Manga Messiah Bible series depicts the gospel with engaging cartoon visuals, reaching younger and traditionally less-accessible audiences worldwide.

The series has been well received the world over, with more than 8.3 million books in print in more than 37 languages and with 5 more translations on the way. The popular illustrated Jesus Storybook Bible, by comparison, has sold 2 million copies in nine years.

Yet the books—written by Japanese for Japanese—have not been as effective of an evangelistic tool in Japan.

Manga is a style of cartooning wildly popular among both adults and children in Japan. One-third of all publications in Japan are in manga form, according to Roald Lidal, founder of the Christian graphic novel producer NEXT. Even Japanese security, health and safety, and emergency evacuation information and signage are done in manga.

Usually, presenting the gospel in a popular medium is good evangelism, said Paul Nethercott, a longtime TEAM missionary to Japan and social media coordinator for NEXT. “One vitally important aspect of effective cross-cultural mission work is a contextualized expression of the gospel. [This] series contextualizes the gospel for Japan as well as anything I know of.”

Since 2010, NEXT has distributed about 250,000 manga books and more than 700,000 booklets in Japan—where other Christian literature by comparison barely breaks the 10,000 mark. But not all of those numbers are ... 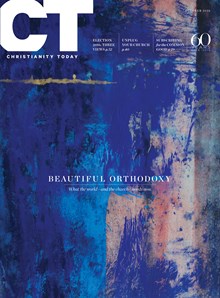