How Hispanic evangelicals hope to become Israel’s best friends.
Kate ShellnuttSeptember 20, 2017
Image: André Da Loba
This article is from the October 2017 issue. Subscribers can read all of CT's digital archives.

When Tony Suarez lost his wife to cancer last year, the Passover song he learned at his first Seder meal only months before became his anthem.

Just as the Jewish people sing dayenu—“it would have been enough”—about God saving them from the plagues and leading them out of Egypt, the Virginia pastor proclaimed that God’s faithfulness was enough, even without the miracle he had prayed for.

“That song meant everything,” said Suarez, vice president of the National Hispanic Christian Leadership Conference (NHCLC). “And we wouldn’t have known it if we hadn’t been in a synagogue.”

Suarez is helping to lead a movement among Latino evangelicals that aspires to change the face of Christian Zionism in America.

For the past few years, the NHCLC’s Hispanic Israel Leadership Coalition (HILC) has brought Latino churches—some with blue-and-white Israeli flags in their sanctuaries and Hebrew songs in their worship sets—together with pro-Israel and Jewish groups.

The coalition has organized seminars, trips to the Holy Land, and sit-downs with Israeli politicians in order to make Hispanics “the most pro-Israel, pro-Jewish demographic.” With arms extended and flags waving, its members pray with their congregations for the peace of Jerusalem and the well-being of Israel.

In addition to events in places like New York, Florida, and Washington, DC, HILC leaders have also advocated across Latin America against anti-Semitism and for the Jewish state. For example, Orlando pastor Carlos Ortiz has joined advocates for Israel in Venezuela, Cuba, and Nicaragua. Nicaragua reestablished a diplomatic relationship with the Jewish state earlier this year after a seven-year ... 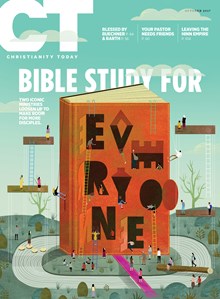 This article is from the October 2017 print issue. Subscribe to continue reading.