I occasionally get asked the well-meaning question, “Why aren’t you married?” Setting aside the dubious connection between being likeable and being married, and passing lightly over the assumption that marriage ought to be the goal, and letting them off the hook for rubbing salt into what may well be, for all they know, a wound, there’s a part of me that wants to sit them down and explain the cardinal rule of small talk: You must only ever ask answerable questions.

I might also point out that single women have and always will be an essential part of our social fabric. Women’s History Month, in particular, reminds me that many of the Christian women I admire from the past have been unattached.

The statistics vary across countries and denominations, and interpretations of those stats also vary, but nonetheless, data suggest that at least 1 out of 3 churchgoers is unmarried. Among the singles, the ratio of women to men may be as high as 3 to 1. The gender imbalance is not a new thing, either. Though there’s little consensus on the why, it does seem as though women are slightly more religious than men. As early as the second century, one of the criticisms of the church was that a disproportionate number of women were attracted to it.

Post–World War I Britain offers an illustration of a community awash with what the newspapers termed an “excess” of nearly 2 million women—1,100 women for every 1,000 men. Novels from the period capture this abundance of so-called spinsters, as well as the flourishing of new forms of female independence. One of my favorite examples appears in Dorothy L. Sayers’s detective fiction. Her hero, Lord Peter Wimsey, starts a bureau for “surplus ... 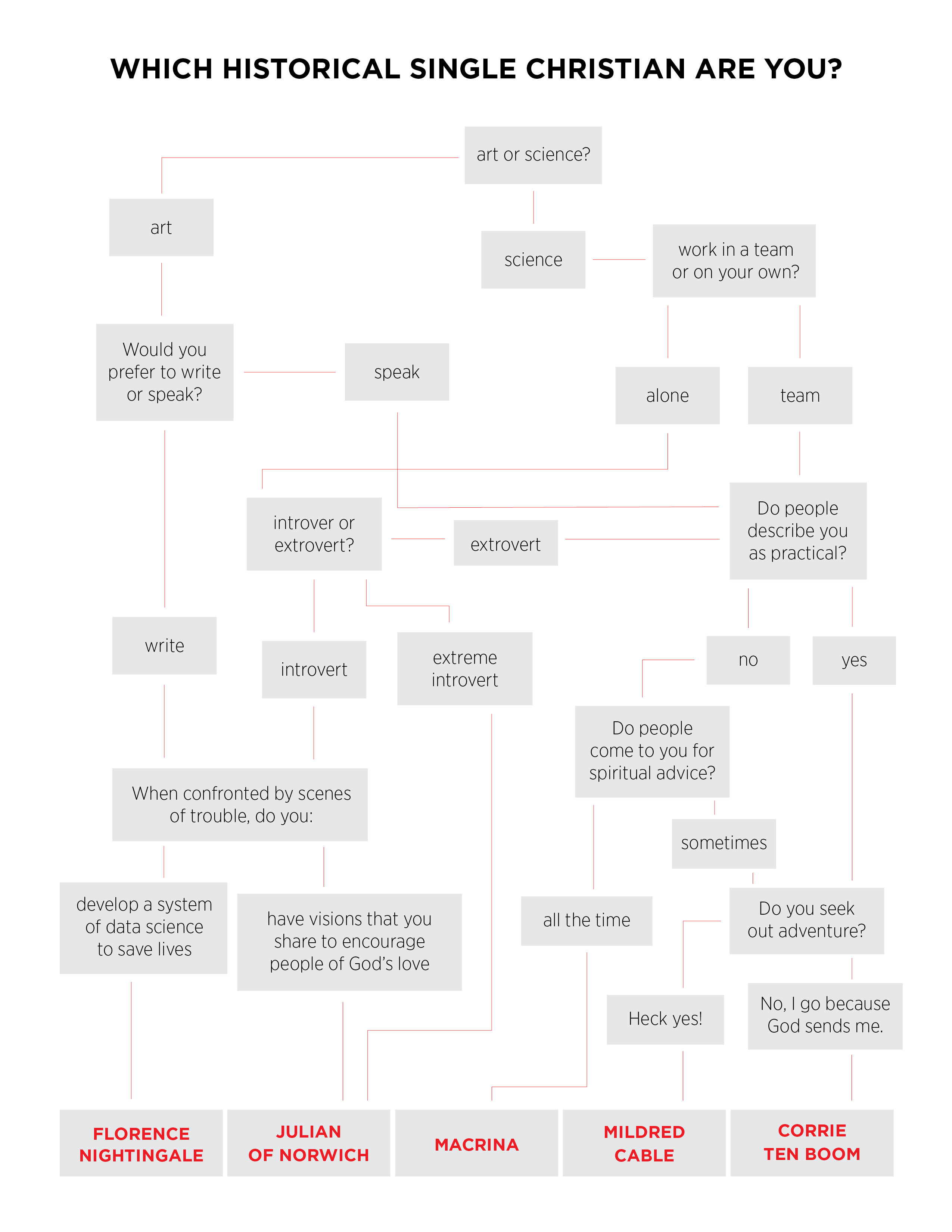