Malinda Babineaux never wears pants. As an Apostolic Pentecostal woman who believes she should always be modest and feminine, she wears a scrub dress or skirt when she goes to work as a prison nurse. It’s unusual, but it has never gotten in the way of her doing her job.

She explained this to her new employers when she was hired by Wellpath LLC to provide health care at an Immigration and Customs Enforcement detention center in downtown San Antonio. Wellpath then rescinded its offer to Babineaux, despite the legal rules about religious accommodation.

The 46-year-old nurse is one of 2,404 people who filed religious discrimination complaints against employers in 2020, according to recent statistics from the Equal Employment Opportunity Commission (EEOC).

The total number of religious discrimination complaints has declined by about 42 percent since its high-water mark in 2011, with cases decreasing under two commission chairs appointed by Barack Obama and continuing to decline under two chairs appointed by Donald Trump. The money awarded to people who suffered religious discrimination at work has dropped by more than half.

Other forms of discrimination are much more prevalent in the American workplace, according to the EEOC records. The government receives tens of thousands of complaints about discrimination based on race, sex, age, or disability. For those who lose work, though, the protection of the federal agency is critical.

@Danielsilliman
This article is from the May/Jun 2021 issue. 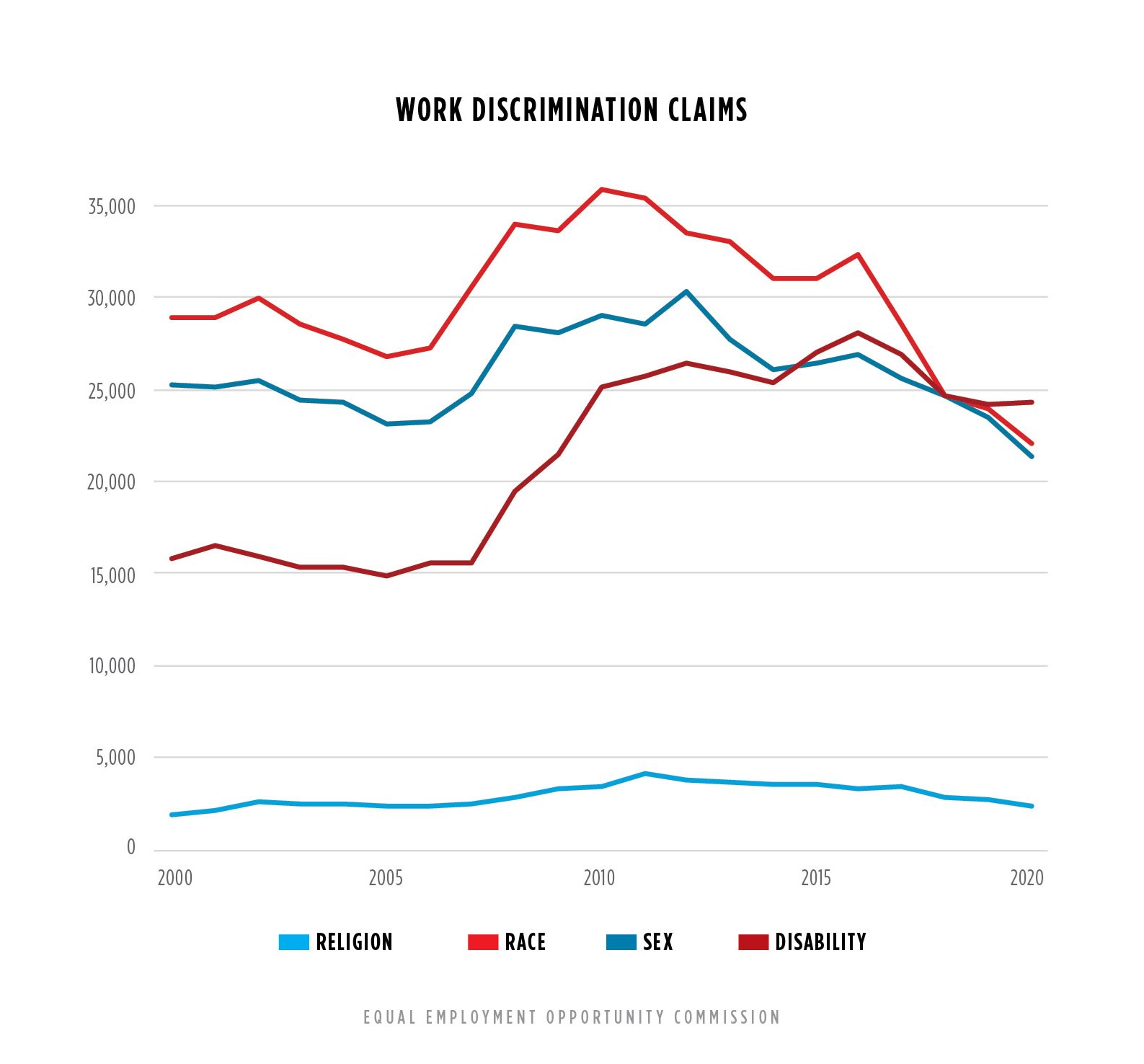 This article is from the May/June 2021 print issue. Subscribe to continue reading.