In Canada, Christians who want to be doctors have questions about religious liberty and their right to express unpopular opinions on social media.
Meagan Gillmore|October 19, 2021
Image: Illuatration by Rick Szuecs / Source Images: Pixabay / Samson Katt / Pexels

Evangelical med students and pro-life physicians across Canada celebrated with Rafael Zaki when the Coptic Christian won a Manitoba court appeal that quashed his university’s decision to expel him over Facebook posts.

But that doesn’t mean they’re ready to start broadcasting their own personal beliefs about abortion, euthanasia, or the value of human life on social media.

“I think it’s fair to say that students are not comfortable disclosing their faith perspective,” said Larry Worthen, executive director of the Christian Medical and Dental Association of Canada (CMDA).

The CMDA regularly hears from students concerned about their rights to hold minority opinions on abortion, which is legal in all stages of pregnancy, and medical assistance in dying, which the Canadian government recently expanded to sick and disabled people without terminal illnesses. Though few students are actually expelled, several every year come into conflict with school administrators because of their faith.

The Canadian Charter of Rights and Freedoms guarantees the “fundamental freedom” of conscience and religion, as well as “thought, belief, opinion, and expression,” but that didn’t keep the University of Manitoba from expelling Zaki over what he shared on Facebook.

Worthen describes Zaki’s situation as “extreme” but says it does raise concerns.

“This seems to us to be quite disturbing and appalling in this day and age, that the Charter rights that were guaranteed under our national constitution were not considered by the medical school in the processing of this concern and issue,” he said.

Zaki, who emigrated to Canada from Egypt as a child, enrolled in the University of Manitoba Max Rady College of Medicine in 2018 with hopes of becoming a doctor. “Through medical training I hope to serve the sick and vulnerable,” he once wrote, “and increase access to quality care and resources for all.”

While still in his first year, however, he posted several controversial things on his private Facebook page. In February, he shared links to American pro-gun videos. Then he shared a 28-page essay he had written for a Sunday school class explaining why he thinks abortion is wrong.

Zaki equated abortion with slavery, forced labor, the Holocaust, and eugenics. He also argued that abortion violates the United Nations’ Universal Declaration of Human Rights, the Canadian Constitution, and his own personal faith as a Coptic Christian.

He called the post a gift for his fellow students. Eighteen of them complained anonymously to the university administration. Zaki met with administrators who accused him of creating an unsafe learning environment. He admitted the posts were unprofessional and agreed to write a personal apology, but the apology was not deemed acceptable.

He wrote another and another, but they were also insufficient, according to the University of Manitoba. After five apologies were not accepted, Zaki was expelled in August 2019.

“He would not and could not change his deeply held religious pro-life beliefs,” Justice Kenneth Champagne wrote in the ruling.

The university decided not to consider the religious liberty arguments, however. It said it could not consider the issue because it did not have the necessary jurisdiction to evaluate whether an expulsion over a pro-gun or pro-life Facebook post violated Zaki’s fundamental freedoms.

Champagne rejected that argument and said the expulsion was unacceptable because the university didn’t consider Zaki’s religious rights in the process.

He cited a 1985 court precedent, which found that “a truly free society is one which can accommodate a wide variety of beliefs,” and “the Charter safeguards religious minorities from the threat of ‘the tyranny of the majority.’”

Zaki’s lawyer, Carol Crossman, told CT this is a “landmark decision” because it says the Charter applies to students facing expulsion. What it means for Zaki remains to be seen. He has reenrolled at the school, but the school has the right to restart the expulsion process.

“The story’s not over for Mr. Zaki,” Crossman said. “We hope that going forward that his rights will be respected.”

The story isn’t over for other Christians who want to be doctors in Canada either, according to David Guretzki, executive vice president and resident theologian at the Evangelical Fellowship of Canada (EFC), an organization that represents evangelicals across the country. There are real questions in the country about the limits of religious liberty for pro-life people in medicine and the right to hold a minority view about what proper care might mean.

“There’s sort of an expectation that you can be religious, but just don’t share it with anyone else. Keep it private,” Guretzki said.

At the same time, the Manitoba court case reveals broad cultural disagreements about what it means to keep an opinion private.

“This is sending a signal that your social media is not simply a private statement,” he said. “There is a heavy social and media pressure to stand for a pro-choice position. … It’s socially expected to be the default position. If you don’t hold to that position, the lesson here is you may be in danger in some public-facing professions.”

John Sikkema, a lawyer who represents the EFC in religious liberty cases, also noted that the judge in Zaki’s case did not decide whether the university violated the Christian student’s fundamental freedom to hold a minority opinion, only that the school has to consider those rights when it makes its decision. Charter rights are not considered absolute in Canadian law, and the judge was “judicially conservative,” according to Sikkema, focusing mainly on procedural questions.

“The judge is not deciding the Charter issue,” he said. “He’s implicitly warning the university, ‘There are serious Charter issues here. These are very important freedoms.’”

Pro-life students who dream of becoming doctors may find some encouragement in the decision, according to Nicole Scheidl, executive director of Canadian Physicians for Life, a secular organization that welcomes members with diverse religious and ideological commitments. The court has said that medical students “have rights and they have people who are willing to fight for them,” she said. 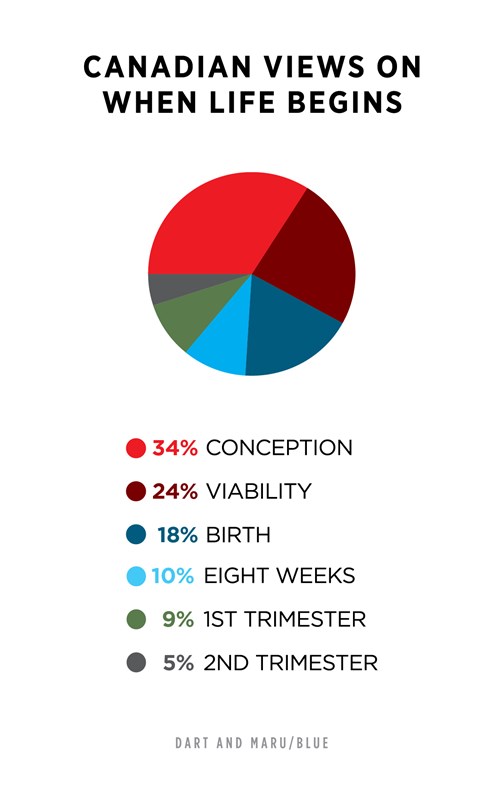 Scheidl heard from many alumni of the school who were “appalled” by Zaki’s expulsion. The school went further than many other insitutions have. But she wasn’t surprised by what happened to Zaki, because of how difficult it is for students to express pro-life beliefs.

“When you shut that right down without letting them have that dialogue, I don’t think you do anyone a service,” she said. “I think it’s really important for doctors and medical students and residents to say that this position of not wanting to kill your patients is a reasonable position that reasonable people can hold, and we have a right to practice medicine with that set of beliefs.”

Worthen hopes that evangelicals who dream of someday being doctors will persist.

“Our organization stands behind every Christian who wants to go to medical school,” he said. “I know that God stands behind the students who have these aspirations. God gave them the aspiration, the vocation, the competency, and they should follow God’s call on this and not be intimidated.”

Meagan Gillmore is a freelance journalist in Ottawa, Ontario.

A Court Win for One Pro-Life Med Student Raises ...