I bounced from home to home before finding the Father my heart yearned for.
Tori Hope Petersen|June 21, 2022
español
Image: Photo by Chad Holder for Christianity Today

America claims to not have orphanages, but our group homes are actually quite similar. Growing up, I lived in one with nine other young women who had absorbed a message of worthlessness from the foster care system.

The rules were strict. Cameras watched us from every corner of the house except our bedrooms and the restrooms. The school was on the same property as the home, which meant we weren’t allowed to go very far very often. On Sundays, however, we were allowed to go to church, which at least afforded a brief respite from the sterile group-home environment.

In fact, the pastor’s messages about forgiveness—combined with my mandatory weekly counseling sessions—gave me the first stirrings of hope I could remember. I even asked Jesus into my heart, though I didn’t understand what that entailed. I only went up to the altar because I believed it was my ticket to leave the group home. I thought that if I went through the motions of faith, I’d find relief from the pain of foster care and the continual sense of feeling unwanted.

As I moved through a succession of foster homes, my heart grew increasingly callous toward God and other people. During my junior year of high school, I took an honors English class where we read Ayn Rand’s novel Atlas Shrugged. I found the book intriguing, which prompted me to learn more about Rand’s objectivist philosophy.

Watching videos of Rand speaking and debating, I found her more relatable than the Christian women I’d met. She did not appear gentle or open. Rather, she came off as quite angry, which was how I felt. I figured I must be an atheist just like her.

My peers would poke fun at me, saying I had “daddy issues.” At the time, I believed having a father would solve lots of my problems. Perhaps someone would have been there to love me and calm Mom down when she spiraled into one of her manic episodes. Maybe I wouldn’t have entered foster care in the first place. If God was so good, I couldn’t help wondering, then why hadn’t he granted me a father?

During many lunch periods, I enjoyed secluding myself in my English teacher’s classroom. For one of my art classes, I received permission to paint a mural on his wall. While I painted, we talked. He never shied away from a good debate or hard questions.

One day he asked if I believed in God. I replied that I didn’t. From my perspective, it seemed like people claimed belief in God due to social consensus more than any genuine faith. “If most people in society didn’t believe in God,” I asked, “would people still believe in God?”

He paused for a long time, and I thought he might be searching for something to disprove my point. But instead, he responded, “I don’t know.” I appreciated his candor, which was rare among the Christians I’d known. Instead of telling me what (and how) to believe, he admitted he didn’t have all the answers.

I didn’t either, and my combative attitude was a blanket I used to hide my insecurity. But my teacher’s honest admission of uncertainty encouraged me to start asking more questions, because deep in my heart I was searching for the Father I’d always yearned for.

I’d recently moved into my 11th foster home, where the parents proclaimed Jesus’ name, took me to church every Sunday, and did devotions at the dinner table every evening. Around that time, I started dating the stepson of a Black Pentecostal pastor who held afternoon services for people who didn’t want to get up in the morning. 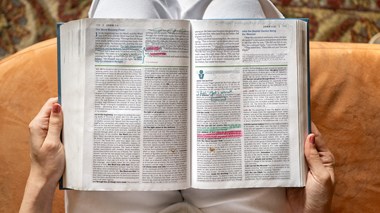 Between my foster parents and my boyfriend, I spent about five hours in church every Sunday. Again, I felt drawn toward the life of Jesus. He touched the lepers who weren’t supposed to be touched, and he met the woman at the well even as his culture shunned her.

My heart was so drawn to the character of Jesus that I posted a YouTube video asking people to forgive me for being a mean and angry person. I tried my best to be kind and caring toward my peers, because it sank in that I shouldn’t hurt others the way they had hurt me.

One night my boyfriend came over for dinner at my foster parents’ house. We ate outside, and the Rottweiler ran around in the yard. We all laughed when my foster mom told my foster brother to put his hood up and run around, encouraging the dog to attack him.

Afterward, as we cleaned up our dishes and started back inside, my boyfriend stopped me, his face more serious than usual. My foster parents were behaving abusively, he told me.

I shrugged him off, suggesting that it was just something we did for fun. Plus, my foster mom was a licensed social worker—how could she ever abuse anyone? (And of all people, I knew what abuse was. I’d experienced it. Hitting, kicking, slapping, pulling, punching.)

Even so, my boyfriend opened my eyes to the darker reality. Before reckoning with abuse and manipulation from people who proclaimed Jesus, I had been on the verge of accepting him. Now, I was further away than ever. More and more, it appeared that Christianity and Jesus talk were masks people wore to hide their sin.

I didn’t want a mask. I wanted to be seen, known, and loved as I was.

The gift of pain

Once again, I changed foster homes. My single foster mom took me to church every Sunday, and my ears perked up at the sermons. I appreciated that the church made a point of supporting foster families and their children.

On top of that, my foster mom changed her lifestyle to fit my hopes and dreams. I loved track and field, and my track coach believed I had the talent to win a college scholarship. My foster mom made many sacrifices, like attending my practices, buying me the best track spikes, and altering her diet to suit my nutritional needs. 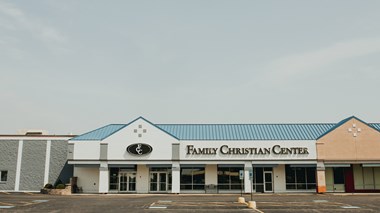 Around the same time, a youth leader I’d barely seen since junior high reentered my life. I began asking her and my foster mom questions about God, which they answered patiently and kindly. The one question I couldn’t shake revolved around innocent children: If God is so good, then why do they suffer? All they could answer was, “I don’t know.”

I didn’t know either. But I did know that when I looked at Scripture, I saw a God who didn’t shy away from pain but embraced it so that others would know love. And when I looked at the lives of those who most reminded me of Jesus, I could see how they had sacrificed on my behalf. I didn’t want to waste their suffering, or my own, but I wanted to receive it all as a gift—as a call to love others as they had loved me.

My salvation did not happen in a single grand moment, but through small miracles that gradually chipped away at the scales of skepticism. I saw God more clearly the more time I spent around people who pursued godliness, who told me who I was in Christ despite what I’d done and what had been done to me.

In the end, the father I’d always wanted turned out to be the Father who was always there, the Father who revealed himself to me in his own perfect timing.

Tori Hope Petersen is the author of Fostered: One Woman’s Powerful Story of Finding Faith and Family through Foster Care (August 2022).