Escaping Russian missiles, some exiled believers found a new sense of purpose helping refugees.
Sophia Lee|June 21, 2022
españolрусскийУкраїнська
Image: Photo by Joel Carillet
Left: A rocket embedded in the asphalt on a rural road between the villages of Piskivka and Kukhari, northwest of Kyiv. Right: Passengers wait on a crowded train station platform in Lviv, Ukraine.

It was 2:30 in the morning on February 24 when Maksym Maliuta finally fell asleep. That night, he had been arguing with his college classmates, who dismissed warnings of a Russian invasion of Ukraine as “Western media panic.” No, Maksym insisted, the signs were all there: Vladimir Putin was building up to a massive military operation.

Maksym had been asleep two hours when his phone rang. Russian airstrikes were raining on cities across Ukraine, his cousin called to tell him. Maksym went online and found a video of missiles exploding in Kharkiv, Ukraine’s second-largest city. Then he went into his parents’ room and woke them with the news: Putin was attacking their country.

When Maksym walked to the bathroom to wash up, the shock finally splashed him full in the face, and he began shaking. The possibility of a Russian invasion had been looming in his consciousness since he was 10, when Russia annexed Crimea in 2014. And yet, it seemed unreal when it actually happened, “like a nightmare that finally came true.”

It should have been a relief that the Maliutas were, in fact, half a continent away from their home in Kyiv.

Maksym’s father, Ruslan, works with international evangelical ministries, and whenever people outside of Ukraine asked for his thoughts, Ruslan had answered, “War is possible, but unlikely.” But in mid-January, while on a prayer walk, Ruslan began wondering if, as a father of five children, he ought to prepare an evacuation plan, just in case. He reached out to a friend who owns a chalet in the Swiss mountains. That friend offered the chalet as a temporary safe place to his family but advised, “If I were you, I’d think about coming soon.” 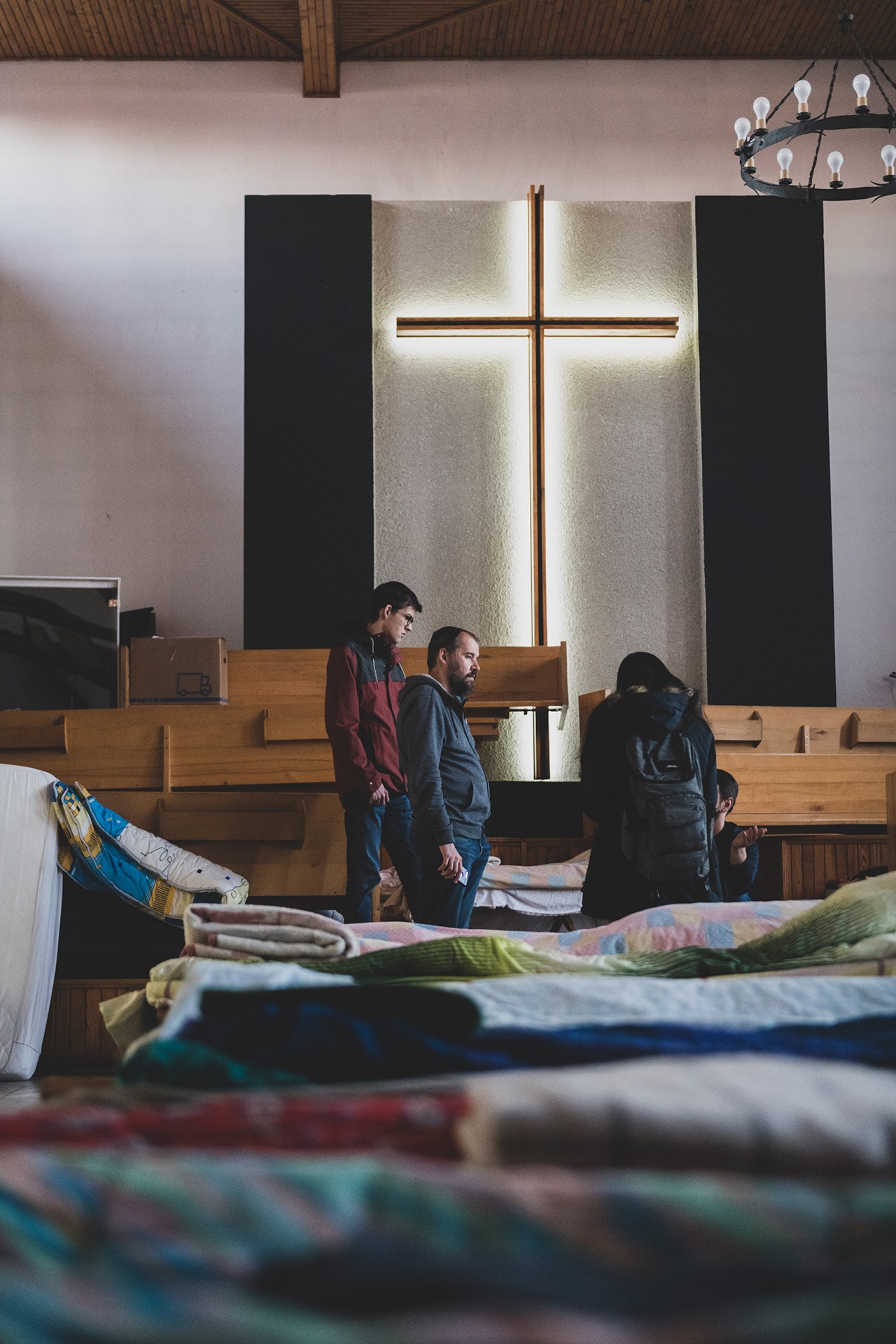