A closer look at the ancient Ichthys
Elesha Coffman 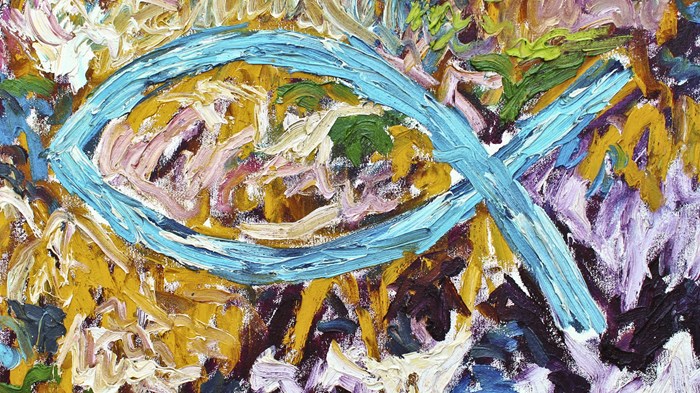 Image: Freedom Studio/Shutterstock
Current Issue
January/February 2020Subscribe
Read This Issue
Subscribe to Christianity Today and get instant access to past issues of Christian History!
Follow @ctmagazine
Free Newsletters
Get the best from CT editors, delivered straight to your inbox!

The Greek word for fish is "ichthys." As early as the first century, Christians made an acrostic from this word: Iesous Christos Theou Yios Soter, i.e. Jesus Christ, Son of God, Savior. The fish has plenty of other theological overtones as well, for Christ fed the 5,000 with 2 fishes and 5 loaves (a meal recapitulated in Christian love-feasts) and called his disciples "fishers of men." Water baptism, practiced by immersion in the early church, created a parallel between fish and converts. Second-century theologian Tertullian put it this way: "we, little fishes, after the image of our Ichthys, Jesus Christ, are born in the water."

Greeks, Romans, and many other pagans used the fish symbol before Christians. Hence the fish, unlike, say, the cross, attracted little suspicion, making it a perfect secret symbol for persecuted believers. When threatened by Romans in the first centuries after Christ, Christians used the fish mark meeting places and tombs, or to distinguish friends from foes. According to one ancient story, when a Christian met a stranger in the road, the Christian sometimes drew one arc of the simple fish outline in the dirt. If the stranger drew the other arc, both believers knew they were in good company. Current bumper-sticker and business-card uses of the fish hearken back to this practice.

Critics of the fish symbol either decry it as tacky tokenism or point out that the fish still carries baggage from the days when pagans used it to represent fertility or, more specifically, the female reproductive organs. Though I agree that ichthys symbols in phone-book ads seem to commercialize faith, I don't find the pagan argument compelling. ...

Subscribe to CT and get one year free
PersecutionSymbols
August 8, 2008

What is the origin of the Christian fish symbol?
Hide This