And other facts about Bible translation that transformed the world.
Ben Witherington III

At the very beginning of the Reformation, the principal Bible available was the Latin Vulgate, the Bible Jerome had originally produced in Latin in A.D. 380—though by the time of the Reformation it has undergone significant textual corruptions. It included both a translation of the Hebrew Old Testament and the Greek New Testament, plus Tobit, Judith, Wisdom of Solomon, Sirach, Baruch, some additions to the Book of Daniel, and 1 and 2 Maccabees.

Furthermore, it was rare to find a Bible in the language of the people. There were a number of German translations in existence by the time of Luther, and one French version published already in 1473. But it was still the case that the Latin Bible was by far and away the principal Bible available. The well-educated social elite could read Latin, but your average resident of England or France or Germany or Italy or Spain knew only snippets of Latin from the Mass. And indeed, often enough they garbled the snippets they knew. If you want to get a good feel for the poverty of biblical literacy in the general public in this era, read Chaucer’s Canterbury Tales, written between 1387 and 1400 in Middle English. Confusion and misunderstandings of the Bible abound in Chaucer’s stories.

The Latin Vulgate was the Bible that Luther first studied, but he soon became aware of its deficiencies as he delved into the Greek text to discover his revolutionary ... 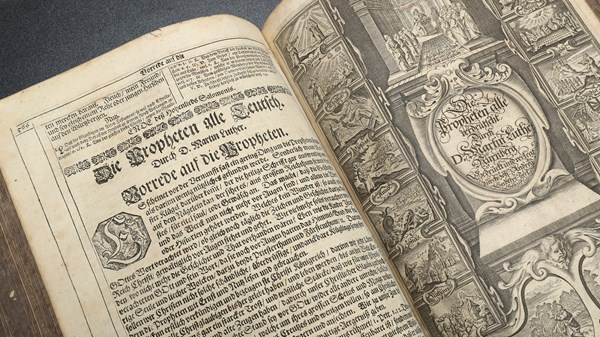