What did Protestant ministers say about the raging national battle?
James H. Moorhead

When the men in blue and the men in gray marched off to fight in 1861, they carried more than rifles and knapsacks. They took the blessing of ministers and other Christian leaders.

There were, of course, exceptions. Historic peace churches (Mennonites, Brethren, and other Anabaptist bodies) did not endorse participation in the conflict, and disaffected elements in each section of the divided country voiced dissent.

On the whole, though, clergy of North and South found scriptural grounds for ardently supporting their respective causes. They preached that message unabashedly. America in the mid-nineteenth century was a culture drenched in the images of the Bible. The ministers’ ability to justify war in the name of the sacred Book did much to mobilize popular support and to maintain that loyalty until bullets and disease had claimed more than six hundred thousand lives.

When the election of Lincoln in November 1860 prompted southern secession, many northern ministers initially advised caution. Those with strong abolitionist convictions argued that departure of the errant states might prove a blessing, freeing the United States from the taint of slavery. The more numerous conservatives, some of whom sympathized with the South, hoped that a show of forbearance would cause the disunion movement to collapse and bring the seceded states to their senses.

When Confederate batteries opened fire on Fort Sumter in April 1861, however, reluctance to coerce the South vanished. The Union had to be preserved. Lincoln’s call for volunteers to suppress the rebellion won nearly universal backing from ministers. The words of a Congregational minister in Northampton, Massachusetts, may fairly stand as the motto of countless other Protestant leaders: “If the crusaders, seized by a common enthusiasm, exclaimed, It is the will of God! It is the will of God!—much more may we make this our rallying cry and inscribe it on our banners.”

The Union possessed sacred meaning because the hopes of humankind rested on its preservation. The United States stood in the vanguard of a biblical civilization. Its twin pillars—a pure Protestant Christianity and republican institutions—served as a model for the renovation of the world. If this elect nation were destroyed, said Baptist minister and educator Francis Wayland, “crushed and degraded humanity must sink down in despair.”

Many Yankee ministers thought Union soldiers were preparing the way for the kingdom of God on earth. William Buell Sprague, editor of the famed Annals of the American Pulpit, predicted that northern success would usher in “a flood of millenial [sic] glory,” “the great Thanksgiving Day of the World.” When Julia Ward Howe, visiting Washington, D. C., in autumn 1861, awoke one morning near daybreak to pen the familiar line, “Mine eyes have seen the glory of the coming of the Lord,” she expressed a widespread faith.

South: Defenders of a Holy Cause

Southern clergy also viewed their cause as holy. Several noted ministers, including Presbyterians James H. Thornwell and Benjamin P. Morgan, played a prominent role in the drive for secession. When the conflict began, the clergy justified it as a classic instance of a just war—and more.

The citizens of the new Confederate nation bore a special mission: to set before the world the ideals of ordered liberty, states’ rights, and biblical values, all of which Yankees had perverted. Many religious leaders rejoiced that the Confederate constitution—unlike that of the United States explicitly recognized the nation’s dependence upon God. Accordingly, said one minister, “the Southern Confederacy will be the Lord’s peculiar people.” In the words of another, “the pillar of cloud by day and fire by night was not more plain to the children of Israel.”

Though southerners’ “pecular institution” of slavery seemed increasingly anachronistic in much of the western world, many believed Dixie represented the future. Robert L. Dabney, a theology professor at Union Theological Seminary in Richmond and later adjutant to Stonewall Jackson, contended that the South would save the world from false ideas of “radical democracy.” One preacher popular with the troops asserted that God might use the Confederacy to inaugurate the kingdom of God. Although the ideal of millennial mission so prevalent in the North was generally more muted below the Mason-Dixon line, it was by no means absent.

At the outset of the struggle, the North fought to save the Union, not to end slavery. But on January 1, 1863, Lincoln issued the Emancipation Proclamation and fundamentally altered the character of the war.

Northern churches reflected—and in some cases, promoted—this shift in direction. Initially most ministers were reluctant to support an all-out campaign for abolition, but events convinced them otherwise. During the first two years of the conflict, the North won notable victories in the west; but in Virginia its Army of the Potomac stumbled through successive defeats. Believing the hand of God was in every event, the northern clergy averred that through the defeat of Union arms, God had punished the United States for slavery. God had thus signalled that the oppressed should go free.

Conversion to this point of view did not proceed at an even rate. Some clergy and church bodies were demanding liberty for the captives in 1861; others did not speak out until well after the Emancipation Proclamation. But early or late, northern Protestants concluded that God wished slavery to die.

With a few notable exceptions, southern ministers believed that preserving slavery was an integral part of their nation’s mission. God ordained the institution as the most humane means of relating labor to capital, of protecting an inferior race, and of introducing that race to the blessings of Christianity.

Far from being the oppressors of African-Americans, southerners were their defenders. “We do not place our cause upon its highest level,” wrote Episcopal Bishop Stephen Elliott in 1862, “until we grasp the idea that God has made us the guardians and champions of a people whom he is preparing for his own purposes and against whom the whole world is banded.”

To demonstrate the moral superiority of the Confederate system, sermons, art, and painting frequently invoked images of contented, loyal slaves. As historian Drew Gilpin Faust has observed, “slaveholders needed to regard slavery as a benevolent institution, appreciated by blacks as well as whites, in order to preserve and propagate their self-image as paternalistic masters.”

Proving that slavery was desirable required that abuses within the system be eliminated. Led by such persons as Elliott, Presbyterian Charles Colcock Jones, and Baptist I.T. Tichenor, ministers demanded an end to laws prohibiting slave literacy and limiting slave preaching, for these kept African-Americans from the gospel. Similarly, reformers desired statutory recognition of slave marriages and families.

Although such proposals encountered opposition and were never enacted into law, they did win much favorable comment. Advocates suggested that reform might be necessary to the success of Confederate arms. Southern ministers thundered that God would not bless the Confederacy until it honored its covenant with God and made bondage fully humane.

Presidents Davis and Lincoln designated various fast days during the war. On these occasions, Christians gathered to hear ministers enumerate national failings and to express repentance. Despite regional differences over the sinfulness of slavery, the transgressions named by the clergy were often surprisingly similar in North and South: intemperance, Sabbath breaking, avarice, unrestricted individualism, and lack of loyalty to authorities.

Although fast days sometimes gave the clergy an excuse to damn the enemy, generally each side reflected on its own transgressions. As Charles Jones wrote to his aunt on July 4, 1861: “We have been sinning with the Northern people as a nation for seventy or eighty years, and now we have become two nations, and the Lord may use us as rods of correction to each other.”

Protestants hoped that the Civil War might prove a baptism of blood. As Charles Reagan Wilson has pointed out, that phrase recurred frequently in the utterances of Confederate clergy. Even before the first shot had been fired, James H. Thornwell was warning that “our path to victory may be through a baptism of blood.” In 1863 an Episcopal rector declared: “A grand responsibility rests upon our young republic. Baptized in its infancy in blood, may it receive the baptism of the Holy Ghost, and be consecrated to its high and holy mission among the nations of the earth.” Through the shedding of blood might come atonement for sin and newness of life.

On the Union side, Horace Bushnell, Congregational pastor in Hartford, Connecticut, explored this theme with peculiar force. Shortly after the northern defeat at Bull Run in 1861, he told his parishioners that more reverses were needed: “There must be tears in the houses, as well as blood in the fields.” Only by the path of humiliation and suffering could America purge its dross and attain a new, more nearly perfect identity. But once the ordeal had been passed, he prophesied, the United States would become a true “nation—God’s own nation.”

For northern clergy, the blood baptism received a final ritual enactment when Abraham Lincoln was struck down by an assassin’s bullet on Good Friday, 1865. The president’s death symbolized the expiation of national sins. His shed blood—token of all similar effusions during four years of war—purchased new life for America. As one group of Presybterians suggested; “He has been appointed … to be laid as the costliest sacrifice of all upon the altar of the Republic and to cement with his blood the free institutions of our land.”

Lost Cause and Legacies

Long after the guns fell silent, some ministers persisted in sounding battle cries. Years after the war, Theodore Munger, a prominent Congregationalist, continued to interpret the war as God’s righteous retribution on the wicked South. Similarly, many southerners such as Robert Dabney nursed grudges against perfidious Yankees and longed for a “retributive providence” that would obliterate the Union.

But most people gradually transformed earlier convictions. Southerners often admitted that the preservation of the Union had ultimately been for the best. They found ways, however, to salvage honor and meaning from defeat. Through Confederate memorial days, statues of fallen heroes, and an outpouring of literature, they surrounded the defeated South with an aura of sentimental nobility. Playing down the role of slavery in the conflict, advocates of the Lost Cause converted Confederate warriors, especially Robert E. Lee, into pious men who had reluctantly taken up arms to fight for the right as they understood it. In a haze of moonlight and magnolias, the Confederate great thus were transfigured into romantic heroes whose virtues might be appreciated even by former enemies.

Many clergy wished to bury the acrimony of the past. In the process, the deeper moral issues of the 1860s were often trivialized or obscured. African-Americans paid the price.

Victor and vanquished soon tacitly agreed to end Reconstruction without securing the political rights of the former slaves. As North and South tentatively clasped hands, epidemic lynching, the gutting of civil-rights legislation, and the creation of Jim Crow laws took place. Surely this outcome fell far short of the moral rebirth that Protestants had hoped would follow their baptism of blood.

Civil WarPreachingRepentanceSlaveryWar
Issue 33: Christianity & the Civil War, 1992
Previous Article
What About Ulysses S. Grant?
Next Article
God Is On Our Side 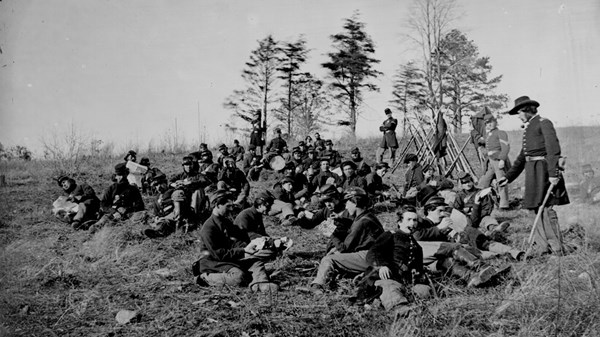