Near the river Owar [Loire], the two great hosts of the two languages and the two creeds were set in array against each other. The hearts of [Muslim leader] Abderrahman, his captains and his men were filled with wrath and pride, and they were the first to begin to fight. The Moslem horsemen dashed fierce and frequent forward against the battalions of the Franks, who resisted manfully, and many fell dead on either side, until the going down of the sun.

Night parted the two armies, but in the gray of the morning the Muslims returned to the battle. Their cavaliers had soon hewn their way into the center of the Christian host. But many of the Moslems were fearful for the safety of the spoil which they had stored in their tents, and a false cry arose in their ranks that some of the enemy were plundering the camp; whereupon several squadrons of the Moslem horsemen rode off to protect their tents. But it seemed as if they fled; and all the host was troubled.

And while Abderrahman strove to check their tumult, and to lead them back to battle, the warriors of the Franks came around him, and he was pierced through with many spears, so that he died. Then all the host fled before the enemy, and many died in the flight.

Musa being returned to Damascus, the Caliph Abd-el Melek asked of him about his conquests, saying "Now tell me about these Franks—what is their nature?"

"They," replied Musa, "are a folk right numerous, and full of might: brave and impetuous in the attack, but cowardly and craven in event of defeat."

"And how has passed the war betwixt them and thyself? Favorably or the reverse?"

"The reverse? No, by Allah and the prophet!" spoke Musa. "Never has a company from my army been beaten. And never have the Moslems hesitated ... 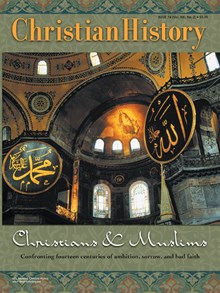