The characters are mythic, but the epic sweeps across a Christian moral landscape.
Ralph C. Wood

J. R. R. Tolkien's The Lord of the Rings is a profoundly Christian book. Like the anonymous seventh-century author of Beowulf whose work he had mastered, Tolkien infuses his pre-Christian epic fantasy with Christian convictions and concerns.

He also confronts evils altogether as great as the horrors of our own time. Rather than fleeing oppressive evil, Tolkien enables his readers to escape into the freeing reality of Good.

The inhabitants of Middle-earth do not know God as triune, but they do know him as the One. In The Silmarillion, he is called Ilúvatar, the All-Father, and he has imbued the entire cosmos with his Spirit. There is nothing that does not bear Ilúvatar's creative imprint.

Just as in Genesis, Yahweh creates in concert with his heavenly court ("Let us make man in our image"), so does Ilúvatar employ his 15 valar in making the music of the cosmos. The valar are not polytheistic divinities but subordinate beings that Ilúvatar has created with the Flame Imperishable of his own Spirit.

The angels of Middle-earth

As patrons over the various creative qualities and natural powers resident in the cosmos, the valar are pure spirits, having no natural bodily existence and thus no mortal limits. Yet they assume shape and gender, both masculine and feminine, in order that the Children of Ilúvatar might know and love them.

Beneath the valar are somewhat less powerful beings called the maiar. Lower still are the elves and perhaps the ents, then men and hobbits, and finally dwarves.

Yet this descending chain of being is neither static nor imprisoning: it is wondrously free and life-giving. Within every rank, there is immense room for movement—either up or down, toward life ... 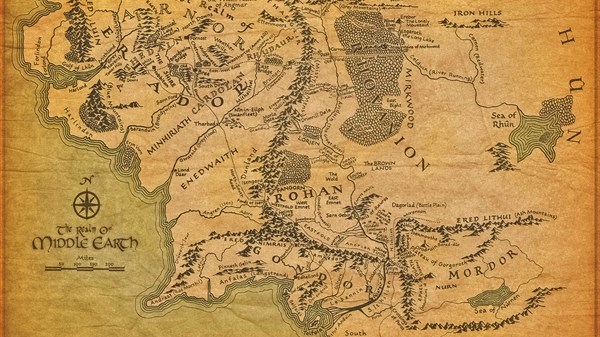 This article is from Issue 78 of the Christian History archive.