1. Kevin Macdonald (Touching the Void, The Last King of Scotland) will start shooting The Eagle of the Ninth in August; the film concerns "a wounded Roman soldier and his loyal Celtic slave who try to solve the mystery of the Ninth Legion, a brigade of Roman soldiers that vanished after heading into the untamed Highlands of Scotland 15 years earlier." – Variety

2. Coincidentally, Neil Marshall (The Descent, Doomsday) is already making his own movie about the Ninth Legion; it is called Centurion, and it is far enough into production that the filmmakers recently released a making-of video and a photo of former Bond girl Olga Kurylenko (above) made up to look like "a savage-looking Pict warrior woman". – Empire, Rotten Tomatoes

3. Bond girl Gemma Arterton has been cast as the demi-goddess Io in the upcoming remake of Clash of the Titans (1981). Meanwhile, Cinesite has been hired to provide some of the "major creature animation" – using computers, of course, rather than the stop-motion techniques ... 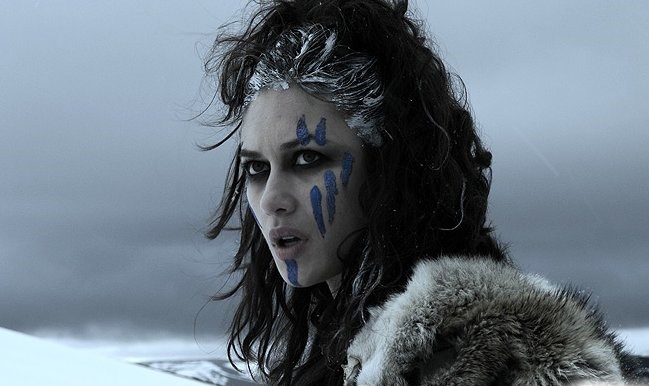