A new study says white evangelicals are most likely to justify torture. What shall we make of that?
David Neff|May 1, 2009 09:55 AM

News reports, such as this one from CNN and this one from US News, highlighted yesterday the attitudes of white evangelicals on the issue of torture. According to a survey conducted by the Pew Forum on Religion and Public Life, 18 percent of white evangelicals said use of torture against suspected terrorists can often be justified and 44 percent said it can sometimes be justified. That adds up to 62 percent. Compare that solid majority to the often/sometimes number for white non-Hispanic Catholics (51 percent, a bare majority) and white mainline Protestants (46 percent). Because of problems with the sample size, the Pew study was unable to peg a percentage for other groups, such as African-American Protestants or Hispanic Catholics. 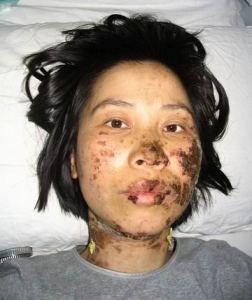