The man who originally introduced the name "Earth Day" was a Pentecostal minister, according to the Assemblies of God (AG) Heritage magazine.

John McConnell introduced "Earth Day" at the 1969 UNESCO Conference on the Environment. The next year, Sen. Gaylord Nelson (D-Wisconsin) moved Earth Day to April 22, when he held a political protest.

"So the next thing I knew they stole my name Earth Day and they used it for April 22," McConnell told the AG Heritage. "I was urged to sue, but I didn't. I didn't believe in suing."

McConnell's grandfather was at the Azusa Street Revival and his parents were founding members of the AG. Darrin Rodgers also did a video interview with McConnell.

"If there had been no Christian experience in my life there would be no Earth Day - or at least I would not have initiated it," McConnell said. "We love God ... [and therefore should] have an appreciation for His creation." 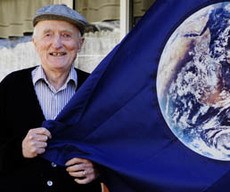