With the relatively small number of black Americans in the Washington Post-ABC poll, it would be difficult to tell if the change in opinion occurred among more religious ... 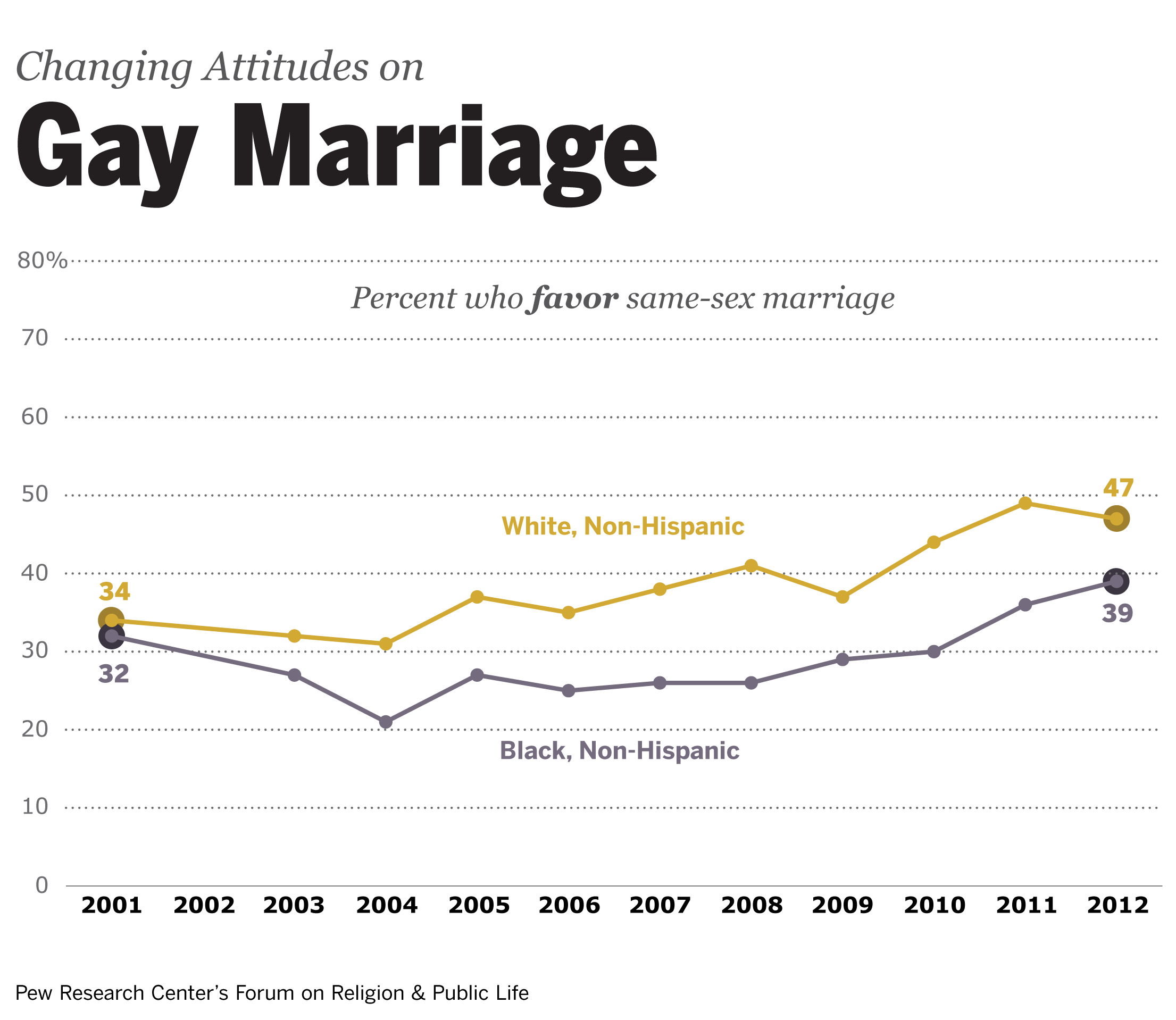