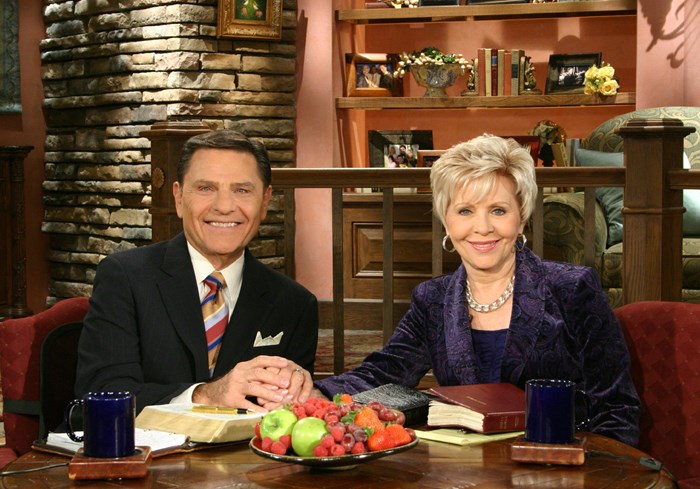 Update (Sept. 16): Concerns continue to mount over measles, with 2013 on pace to become the worst year for infections since 1996, according to the U.S. Centers for Disease Control and Prevention.

More than 20 of this year's 159 cases and counting have been traced to Eagle Mountain International Church, now under scrutiny for its past teachings on immunizations.

A former church staff member told CNN that she did not vaccinate her daughter for six years due to beliefs "permeating throughout the church" that vaccines "showed a lack of faith that God would protect and heal you."

However, Eagle Mountain leaders refute such reports, stating the church does not have an "anti-vaccination" policy or attitude and has never preached or advised against vaccinations. Senior pastor Terri Pearsons told the Associated Press that her concerns were "primarily with very young children who have a family history of autism and with bundling too many immunizations at one time."

The church has offered free vaccinations to approximately 220 church members since the outbreak.

(RNS) Measles is making a worrisome resurgence across the U.S., with at least 135 documented cases this year—most recently at a Texas megachurch.

Measles, once a common childhood infection that killed up to 500 Americans a year, has been officially eradicated in the Western Hemisphere. For many years, the few dozen measles diagnoses in the U.S. were "imported" cases in individuals who traveled from countries where the virus remains common. High vaccination rates largely halted the virus at the North American border.

The country's safety net has become more porous in recent years. Although overall vaccination rates remain high, communities of like-minded parents who refuse immunizations for their children have been vulnerable to outbreaks.

The latest measles outbreak is in Texas, where the virus has sickened 25 people, most of whom are members or visitors of a church led by the daughter of televangelist Kenneth Copeland.

Fifteen of the measles cases are centered around Eagle Mountain International Church in Newark, Texas, whose senior pastor, Terri Pearsons, has previously been critical of measles vaccinations.

The outbreak was started by a visitor to the church who had recently traveled to a country where measles remains common, according to Tarrant County Public Health spokesman Al Roy.

Those sickened by measles include nine children and six adults, ranging in age from 4 months old to 44 years old. At least 12 of those infected were not fully immunized against measles, Roy said. The other patients have no record of being vaccinated. The 4-month-old is too young to have been received the measles vaccine, which is typically given at 1, according to the Centers for Disease Control and Prevention.

"This is a classic example of how measles is being reintroduced," said William Schaffner, an infectious disease expert and professor at the Vanderbilt University School of Medicine in Nashville.

The U.S. has had more than twice as many confirmed measles cases this year than all of last year, when there were just 55, according to the CDC. Flare-ups brought on by foreign travel have caused that number to spike as high as 220 measles cases in 2011.

New York City also has battled a measles epidemic this year, with at least 58 cases, mostly in close-knit Orthodox Jewish communities. City officials say the outbreak was started by someone who traveled to the United Kingdom which, along with Europe, has suffered large measles outbreaks in recent years. One of the New York children with measles developed pneumonia. Two pregnant women were hospitalized and one suffered a miscarriage, city health officials say.

Other vaccine-preventable diseases also have broken out in recent years, including whooping cough and mumps. Some whooping cough outbreaks have clustered around private schools with lax vaccination requirements, according to CDC studies.

Measles particularly alarms doctors because it spreads like lightning and kills one in every 1,000 people infected. Officials in Oklahoma—which hasn't had a measles case since 1997—said the Texas outbreak has put them on alert for signs of the virus, which produces a characteristic red rash and high fever, and infects about 90 percent of unimmunized people who are exposed to it. The virus can infect people even two hours after a sick person has left the room.

In an Aug. 21 statement, Lori Linstead, director of immunization services at the Oklahoma State Department of Health, said officials in her state, "are worried about the current outbreak of measles in Texas, because measles is very contagious, spreads like wildfire and can be very serious."

At the Texas church, the visitor infected not only the congregation and staff, but the church's on-site day care center,according to an announcement on Eagle Mountain's website. Health officials notified the church of the measles outbreak Aug. 14, and the church sponsored a vaccination clinic Aug. 18.

All of the school-age children infected in the Eagle Mountain outbreak were home-schooled, health officials say. Texas requires children be vaccinated before attending school.

In an Aug. 15 statement, Eagle Mountain's pastor, Terri Pearsons, said she still has some reservations about vaccines. "The concerns we have had are primarily with very young children who have family history of autism and with bundling too many immunizations at one time," she said.

Young children are actually among the most vulnerable to measles, Schaffner says. Their tiny airways can easily swell shut. "This is a sadly misinformed religious leader," Schaffner said.

Editor's Note: CT has previously reported on vaccines, including a British Christian's denial of U.S. citizenship because she chose abstinence instead of an HPV vaccine and why parents should love their neighbors by vaccinating their children. CT has also reported on faith healing, including homicide convictions for parents who chose prayer instead of medical care for their children and whether faith healing should be legally protected.

CT has also reported on Kenneth Copeland, including his involvement in a long-running IRS and Senate investigation of televangelists (which ended with no penalties), as well as his lawsuit loss against a critical website.

Amid Measles Outbreak, Megachurch Scrutinized for ...