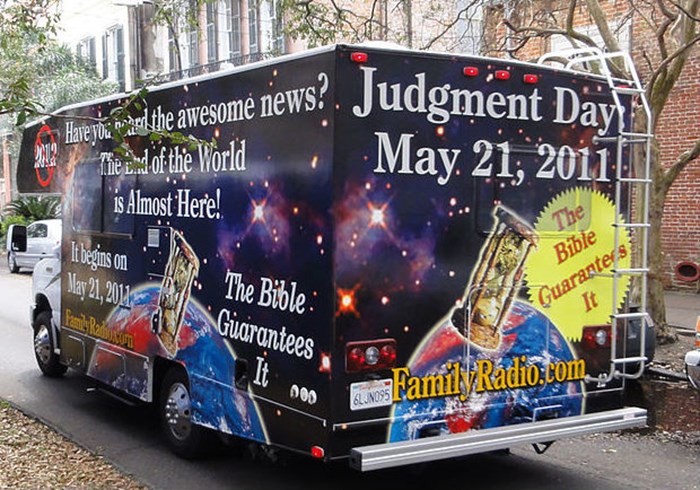 Harold Camping, who used his sizable Christian radio network as a platform to repeatedly predict the rapture, died Sunday in his California home at the age of 92.

After a fall on November 30, Camping was unable to recover from his injuries and "passed on to glory," announced Family Radio Network.

Camping gained a national following as a Bible teacher via the radio network he founded in 1959 and grew to more than 200 stations by 2009. But he became controversial after his failed prediction that the world would end in 1994. CT noted at the time:

Thousands of devoted radio listeners heeded his warnings to some extent. Camping's end-times views have been considered inconsistent by some because his teachings appear to affirm premillennialism, while Camping considers himself a reformed amillennialist. The views concern the centuries-old debate on the return of Christ and his 1,000-year reign on earth. Camping's teachings spawned organized debates and spin-off books, ...