Why a Lesbian Lawmaker Voted Against Hawaii's Same-Sex Marriage Bill

With 1 in 3 states soon allowing gays and lesbians to wed, religious freedom protections get unexpected advocate.
Kate Tracy|November 14, 2013 09:42 AM 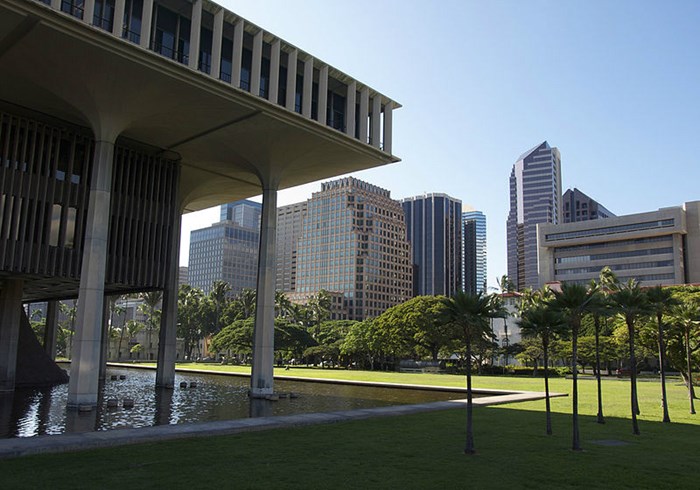 Hawaii overtook Illinois yesterday as the latest American state to legalize same-sex marriage (raising the total to nearly 1 in 3 states). But more unexpectedly, given that Hawaii was one of the first states where the issue surfaced, a Hawaii state representative has caused waves for becoming the first openly gay lawmaker to vote against a state's same-sex marriage bill.

Rep. Jo Jordan voted against SB1 because she said its exemptions were "too narrow," especially regarding religious freedom.

"It wasn't protective enough for everybody," Jordan toldHonolulu Magazine, later noting, "I'm not here to protect the big churches or the little churches, I'm saying we can't erode what's currently out there. We don't want to scratch at the religious protections at all, because if we don't create a measure that's bulletproof, or as close to bulletproof as possible, then the measure will go to the courts."

The final bill was passed Tuesday on a 19-4 Senate vote after 55 hours of public testimony and two day-long sessions in the House, where it passed with a 30-19 vote. NBC News reports:

House lawmakers tacked on exemptions to the bill allowing religious groups and affiliated nonprofits to be exempt from having to provide goods, services or facilities for the solemnization or celebration of same-sex marriages. They will be immune from legal liability, too. The exemptions were modeled after similar language in Connecticut's gay-marriage law.

The Hawaii bill now states it will protect religious freedom by:

(A) Ensuring that any clergy, minister, priest, rabbi, officer of any religious denomination or society, or religious society not having clergy but providing solemnizations that is authorized to perform solemnizations shall not be required to solemnize any marriage or civil union that is against their religious beliefs or faith, in accordance with the Hawaii state constitution and the United States Constitution; and

By contrast, the Illinois bill states:

Nothing in this Act shall interfere with or regulate the religious practice of any religious denomination or Indian Nation....

The legislation ends a decades-long debate in Hawaii, starting in 1990 when two women launched a court battle over their right to marry. The controversy led to Congress's Defense of Marriage Act in 1996. Last year, a federal court upheld Hawaii's ban on same-sex marriages as constitutional. But a wave of new legalization efforts is now afoot.

CT has noted the increasing number of states legalizing same-sex marriage, as well as the increasing emphasis on the legal language of conscience protections.

Why a Lesbian Lawmaker Voted Against Hawaii's Same-Sex Marriage Bill

Why a Lesbian Lawmaker Voted Against Hawaii's ...