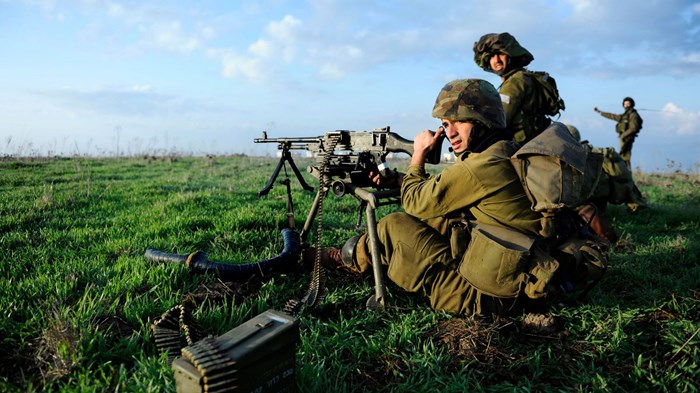 Update (Feb. 27): Arab Christians will largely disregard the unprecedented special minority representation granted them by Israel's legislature, predicts the chairman of the Association of Baptist Churches in Israel.

"I believe most Arabs will refuse this decision," Munther Na'um told CT of the controversial bill passed earlier this week. It distinguishes between Israel's Muslim and Christian Arab communities for the first time and recognizes Christians as a separate minority.

"It's meant to separate the whole family [Israeli Arabs] in political decisions," Na'um said, speaking from his base in the northern Israeli town of Shafr Amr. Palestinians living in Israel are referred to as Israeli Arabs.

"It's not good for Arabs, whether Christians or Muslims, or the Jews," he said. Na'um believes that some Israeli politicians are "trying to separate us by religious status and create a political situation from that."

"It will not be effective," he added.

The bill was approved by a 31-6 vote in its third and final reading in the Knesset Monday. The legislation will also increase employment representation for Christian Arabs in Israel's government by adding an Israeli Christian Arab to the panel of the Advisory Committee for Equal Opportunity.

The evanglical leader downplayed the move by Israeli politicians in the Knesset which has angered fellow Arab lawmakers.

"I don't think this will make much impact because the relations between Christians and Muslims are very close. We have the same traditions, the same culture. It will be difficult to separate us just because we are Christians and they are Muslims," Na'um said.

"We are in the villages and cities in Israel and in these same places you also find Muslims and Druze. They are making more and more tension between people in these places."

Na'um has also spoken out against Arab Christians enlisting in the country's military.

"It's a political issue to serve in the Israeli army and we cannot agree with that," he told CT earlier.

"We, Christian Arabs in Israel belong to the Palestinian people. Even the government has understood that we cannot be placed into such a situation to serve in the army because if there were a war in the Middle East, we would have to take part in it," he said, expressing commonly held views by others in his community.

An Israeli bill will grant legal distinction between Israel's Muslim and Christian Arabs for the first time, recognizing Christians as a separate minority. But many Arab Christians don't want such distinctions.

The controversial bill was approved by a 31-6 vote in its third and final reading in the Knesset Monday. The legislation will also increase employment representation for Christian Arabs in Israel's government by adding an Israeli Christian Arab to the panel of the Advisory Committee for Equal Opportunity.

This will give the primarily Arab 160,000-person Christian population in Israel its own representative alongside representatives for ultra-orthodox Jews, new immigrants, women, and other religious and social groups, according to the Jerusalem Post.

But not everyone approved of the new law, sponsored by Likud MK Yariv Levin. Some members of the Knesset accused the legislation of undermining Arab identity and seeking to divide the Israeli Arab community, according to the Times of Israel.

The Abraham Fund, an international nonprofit working to promote peace between Jews and Arabs in Israel, wrote a letter to the Knesset opposing the bill. Since Arabs as a minority face discrimination in the job market, the bill should have focused on promoting "nondiscrimination toward all Arabs," not just Christian Arabs, said Aya Ben-Amos, the group's director of public policy and communications.

Levin defended the way his bill separates Christians and Muslims.

"There is a big difference between Christians and Muslims, and they deserve recognition and separate representation," he told the Jerusalem Post. "For 60 years the state treated all minorities as one homogeneous group, and it was a mistake."

Others were in favor of the bill, as the state's recognition of Arab Christians means progress.

"[This bill] makes justice for Christian needs and solves discrimination against them within the Arab community that the state has falsely put them in for 65 years," Shadi Halul, leader of the Christian IDF Officers Forum, told the Times of Israel.

The significance of this small but symbolic trend is contested. It enraged some Palestinian Israelis, who argue that the surge does not constitute an "awakening" and that Arab Palestinians of any religion should not have to fight against their own brethren.

"This initiative is on the margin. It's not mainstream because it's new. These voices talking about it are new to our community here," Boutros Mansour, general director of the Nazareth Baptist School, told CT. "I oppose it and I think about 80 percent of Arab Christians oppose it."

As a minority within a minority, Christians in Israel have historically been in a bind. Fear of being considered traitors often drove them to proclaim their full support for the Palestinian cause. Muslim Israeli leaders say that all Palestinians are siblings and deny any Christian-Muslim rift. But in mixed Muslim-Christian cities such as Nazareth, many Christians say they feel outnumbered and insecure.

CT regularly reports on Israel and Middle East conflict, including how to be "pro-Jesus" in the Israeli-Palestinian conflict.