The evangelicals who make up nearly one-quarter of the country’s population bring faith to the frenzy.
Sarah Eekhoff Zylstra|July 9, 2014 03:48 PM 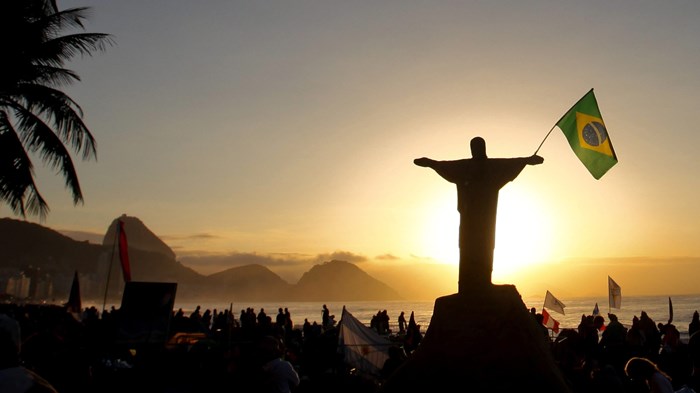 Brazil may have lost its bid to win the World Cup, but it has a few days left to win the souls of soccer fans, and local Christians aren't letting this opportunity slip past.

Brazilians have a history of traveling to witness when other countries host the world's most famous soccer tournament, but this time they've got a home field advantage.

About 100 evangelicals hit Copacabana Beach to hand out 15,000 booklets on the history of Brazil and soccer, including an article by Brazilian soccer star Kaka, who says that "the true sense of victory is having Jesus in my life," ...