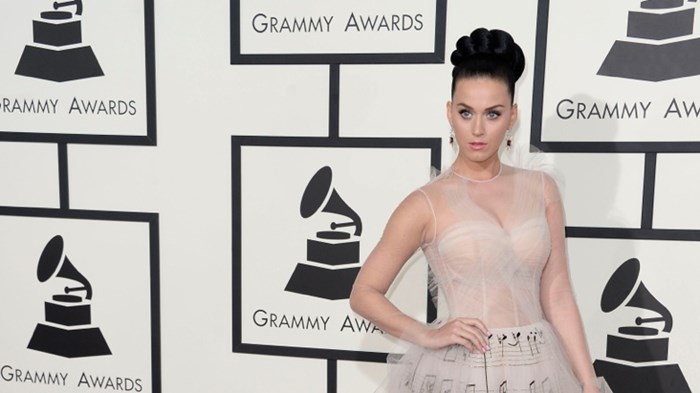 Katy Perry's hit single "Dark Horse" has sparked an unusual lawsuit from Christian artists who claim she stole part of the song from them.

A group of four Christian hip-hop singers, including popular rappers Lecrae (Moore) and Flame (Marcus Gray), filed a lawsuit against Perry, Capitol Records, and others, the St. Louis Post-Dispatch reports. She is accused of stealing riffs from "Joyful Noise," a song from Flame's 2008 Grammy-nominated album Our World: Redeemed.

The music video for "Dark Horse" portrays Perry as Cleopatra-like Egyptian royalty, performing magic in a stylized palace. The song, which Perry said was inspired by the 1996 movie The Craft, warns, "So you wanna play with magic / Boy, you should know what you're falling for."

Lecrae and Flame's lawsuit claims that the religious message of their song "Joyful Noise" has been "irreparably tarnished by its association with the witchcraft, paganism, black magic, and Illuminati imagery evoked by the same music in 'Dark Horse,'" wrote Christian hip-hop blogger Sketch the Journalist, for the Houston Chronicle.

Fans of both songs noted their similar intros after "Dark Horse" hit the radio, he reports, linking to a mix of the two songs. When "Dark Horse" became popular earlier this year, fans of Flame reacted on Twitter, saying the track stole from "Joyful Noise."

Additionally, the symbols in Perry's video, including a pendant Perry wore in the shape of the Arabic word Allah, sparked an online petition accusing Perry of blasphemy.

"Dark Horse" was released in September 2013 and reached No. 1 on the Billboard charts in January. Six years earlier, Flame's album was nominated for a Grammy for Best Rock or Rap Gospel Album, and "Joyful Noise" also received a Dove Award nomination.

Along with Lecrae and Flame, fellow artists Da T.R.U.T.H. (Emanuel Lambert) and Chike Ojukwu are also listed on the lawsuit. Lecrae and Flame have enjoyed explosive popularity amid the emerging movement of reformed hip-hop in Christian music. CT has covered Lecrae's approach to father absence in America, and interviewed him about the unconventional tension of gospel-centered lyrics and southern style hip-hop in his music.

A pastor's daughter, Katy Perry began her career as a Christian artist and said she kept the faith during her early years as a pop icon, even with the bad-girl image from her first single "I Kissed a Girl." She has since spoken out to say she is no longer a Christian.

CT has previously reported on Christian lawsuits, including how baseball star Josh Hamilton relinquished his right to use the slogan "Play Hard Pray Harder" to a Christian clothing company.