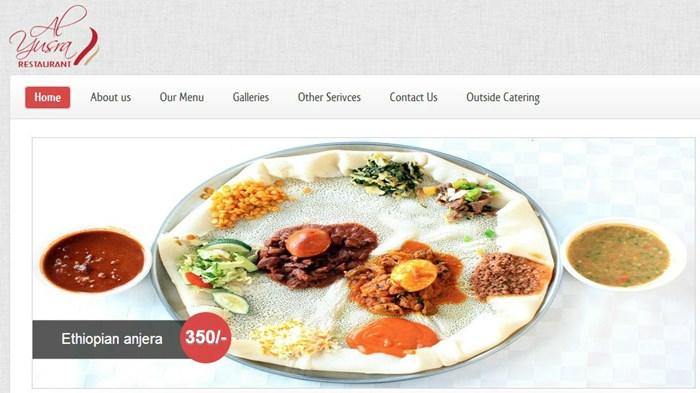 The owner of Al-Yusra Restaurant in Nairobi claims that Catholic bishops ended his six-year lease on property they owned, even though he had paid more than Sh2 million ($22,800 USD) and signed a lease, according to Standard Digital. The building was locked and restaurant employees denied access to the building, according to the restaurant.

Bishops told the restaurateur that they could not let a Somali Muslim-owned business operate on their property, the Daily Nation reports.

"This is a brazen violation of the Constitution by the Catholic bishops who should be at the forefront of preaching religious tolerance," said restaurant director Baakai Maalim in a petition.

Bishops, on the other hand, say they never agreed to let a restaurant use the premises.

Al-Yusra was leasing part of a building owned and maintained by the Catholic Church in Kenya that also houses the Kenya Catholic Bishops Secretariat.

Al-Yusra Restaurant Limited is suing the Kenya Conference of Bishops and Knight Frank Kenya Limited, a property manager for the bishops, for ending its contract. The bishops have allegedly declined to reimburse the restaurant for the rent and renovations its owners completed in the space.

A Kenyan court will hear the case August 5.

After alleged al-Shabaab operations left nearly 100 dead over the early summer, Christians in the coastal regions now fear that politicians have links to al-Shabaab, according to World Watch Monitor.

The Catholic Justice and Peace Commission of the Kenya Conference of Bishops appealed to Kenyans to maintain peace in the country after the Mpeketoni in a press release, saying that, "Our country can only be secure if we appreciate our diversity, adhere to the rule of law, and respect each other."

Stateside, CT noted a study showing that employers are less likely to respond to job applications that include evidence of faith affiliation, particularly Islam.

CT regularly reports on business matters and religious discrimination in the workplace, and has also reported on Kenya and al-Shabaab.