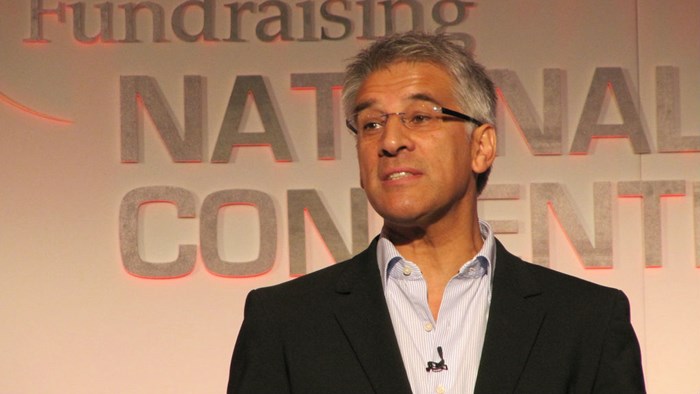 [Update: The EAUK has explained in greater detail its reasoning behind dropping Oasis Trust. See bottom for members' briefing from Steve Clifford.]

Oasis Trust, a sizable ministry founded by a prominent but controversial British Christian leader, has been "discontinued" as a member of the United Kingdom's largest evangelical group after its board refused to adjust online resources and social media to "equally profile the traditional Christian view" on human sexuality.

"After many months of prayerful discussion, the Evangelical Alliance UK—which encompasses 79 denominations, 3,500 churches, and 750 organisations—concluded that a relationship between an organisation and one of its members in which the member felt it could not comply with a reasonable request from council, was not tenable," announced the EAUK in a press release (full text below). Oasis Trust, which took in nearly $350 million USD in 2012, had been a member since 1987.

While the Oasis board says it has "no corporate view on this matter," Steve Chalke shocked British evangelicals by coming out in favor of same-sex relationships last year. He announced his belief that monogamous same-sex relationships are not sinful and that churches should support them in the February 2013 issue of Christianity magazine.

The Oasis board was "deeply saddened" by the EAUK decision, and said that Chalke's views had never been imposed on anyone involved with Oasis, according to a press release (full text below).

"We have made several changes to our online content, and believed that we had reached a point where both parties could be satisfied that our relationship would continue," stated Oasis. "We would like to take this moment to restate our profound belief that the ethos, values, and mission of Oasis sit firmly within the Evangelical tradition."

Oasis was started by Chalke in 1985 to support a hostel for the homeless. It now stretches into 10 countries and supports a variety of ministries to communities, including education, health care, and housing.

CT reported when Chalke came out in favor of monogamous homosexual relationships, as well as when Britian's biggest Christian conference broke up in 2007 over the atonement theology debate and whether or not Chalke should speak.

Chalke has been an outspoken critic of the penal substitution theory of atonement; his 2004 book The Lost Message of Jesus prompted rebuke from the EAUK, which in turn prompted more controversy. Chalke supports the Christus Victor model instead.

Here is the EAUK statement:

It is with sadness that the Evangelical Alliance have discontinued the membership of Oasis Trust.

Having heard the concerns expressed by the Alliance's board and council as to what has been perceived by some as a campaign to change the Church's historic view on human sexuality, the Oasis board did clarify their position as having 'no corporate view on this matter'.

However they were unwilling to fulfil the council's request to adjust the content of their website/resources and social media output to equally profile the traditional Christian view.

After many months of prayerful discussion, the Evangelical Alliance council concluded that a relationship between an organisation and one of its members in which the member felt it could not comply with a reasonable request from council, was not tenable.

The Evangelical Alliance council remain deeply respectful of the work and achievements of the Oasis Trust and have a strong desire to avoid any unseemly dispute and to speak well of each other.

Here is the Oasis Trust statement:

"The Board of Oasis is deeply saddened by the decision of the Evangelical Alliance to remove Oasis from its membership. We would like to take this moment to restate our profound belief that the ethos, values and mission of Oasis sit firmly within the evangelical tradition.

"The Evangelical Alliance made its decision following comments by the Founder of Oasis, Rev Steve Chalke, calling for an open and generous acceptance of people with sexualities other than heterosexual as well as to affirm and support all those who seek to live within faithful, lifelong, monogamous relationships. When making these comments, he argued that they had come from a deep understanding of the overarching message of scripture and has subsequently written about the importance of moving towards a more affirming, compassionate, rounded and thoughtful approach to the Bible, humanity and sexuality.

"At no point has anyone within Oasis tried to impose the Founder's view on Oasis staff, volunteers or church members (let alone anyone else) and, as such, the board of Oasis continues to give Steve their full support in his quest to seek an open and honest conversation amongst the Church on these issues and on how to restore society's confidence in the Bible more generally.

"Since the publication of his article 'A Matter of Integrity' in January 2013 the Oasis board has been in an on-going conversation with the Evangelical Alliance. At their request, we have made several changes to our online content and believed that we had reached a point where both parties could be satisfied that our relationship would continue. We are, therefore, disappointed by their announcement but will continue to seek and enjoy a warm relationship with the breadth of the Christian Church in Britain and across the world, forming partnerships to lift people and communities out of poverty and exclusion, and seeking to demonstrate the love of God to all through practical service."

Q. What is the background to this announcement?
A. First, let me make clear that Steve Chalke is a long-term friend of mine and I have enormous respect for the work of Oasis Trust.

In January 2013 an article was published in Christianity magazine entitled 'A matter of integrity', written by Steve, the founder of Oasis Trust. The article challenged the historic biblical interpretation on issues related to human sexuality. This was followed by a series of events, interviews and the production of numerous materials which were positioned on the Oasis website and supported in social media.

The content of the material, together with the timing of the article, right in the middle of the government's attempts to legislate to redefine marriage (and despite a request from the Alliance that the article's publication be delayed), was regarded as a matter of concern by many of our members and eventually resulted in an official complaint by a member organisation.

Q. How were these concerns considered?
A. The board of the Evangelical Alliance encouraged our chair of board, Mike Talbot, to meet with John Whiter, chair of Oasis Trust, to discuss the matter. It was made clear from the start that an individual's personal membership of the Alliance (such as that of Steve Chalke) was a matter for their own conscience with membership being based on the ability to affirm the Basis of Faith and support the vision of the Alliance (the Alliance has no desire to police tens of thousands of personal members).

However, for an organisation, the expectations of membership are more significant with reference both to the Basis of Faith and also our Evangelical Relationships Commitment (a long-standing collection of expectations as to how evangelical relationships should be conducted in such a way as to honour Jesus and his Church).

A series of meetings took place between Mike and John and the conclusions were fed back to the respective boards and eventually the Evangelical Alliance council.

Q. What was the nature of these discussions?
A. The Oasis board heard the concerns expressed by the Alliance board and council as to what had been perceived by some as a campaign (orchestrated by Oasis and reflected on the Oasis website and resources) to change the Church's historic view on human sexuality. The Oasis board helpfully clarified their position as having 'no corporate view' on the matter of human sexuality, recognising they were a 'mixed' organisation with staff members from many different backgrounds. However, the Oasis board were unwilling to fulfil the request made by the Evangelical Alliance council and board to adjust the content of their website, resources and social media output to equally balance the traditional Christian view alongside the material already available.

After many months of prayerful discussion and with some pain, the Alliance council (made up of more than 80 senior evangelical leaders from a wide range of churches and organisational backgrounds) concluded that a relationship between an organisation and one of its members in which the member was unwilling to comply with a reasonable request from the council, was untenable. In coming to this conclusion both the board and council made clear that this decision was not about whether the Evangelical Alliance should have 'mixed' organisations, such as Oasis, as members. Nor was the issue the evangelical (or indeed the Evangelical Alliance's) position on human sexuality or the redefinition of marriage (although the Evangelical Alliance's publication Biblical and Pastoral Responses to Homosexuality published in 2012 reflected the position of the vast majority of evangelicals across the UK and indeed the Christian Church worldwide). Nor is the issue about any personal members' views.

Q. What next?
A. It is our hope that the matter can now be closed and that both Oasis and ourselves will continue to speak well of each other and affirm the valuable contribution made by both organisations to the Church across the world and to wider UK society.