Can You Name All Ten Commandments? If Not, This (and 18 Other Questions) Could Get You Deported

Take this quiz of Christian trivia faced by converts from Islam seeking asylum in the UK.
Sarah Eekhoff Zylstra|June 7, 2016 01:35 PM 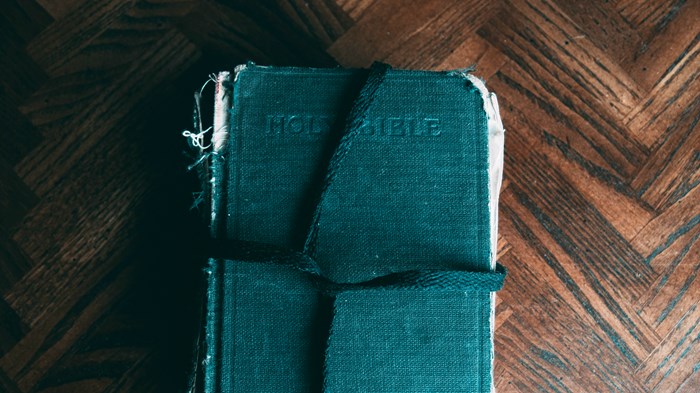 What color is the cover of the Bible?

How many books are in the Bible?

Who did Jesus raise from the dead, and which book can you find it in?

These questions, among the nearly 20 questions in CT’s quiz below, have been asked of Christian converts from Islam who are applying for asylum in the United Kingdom. Wrong answers put them at a high risk of deportation. [Take the quiz yourself and see if you’d face the same fate.]

Such questions are unfair, according to a new report released today from the UK’s All-Party Parliamentary Group for International Freedom of Religion or Belief and the Asylum Advocacy Group (which includes organizations such as the Evangelical Alliance UK, Christian Solidarity Worldwide, Open Doors, and Release International).

“The problem with those questions is that if you are not genuine you can learn the answers, and if you are genuine, you may not know the answers,” Elizabeth Berridge, who chairs the group, told the BBC.

Another problem: the case workers determining whether a refugee deserves asylum don’t necessarily understand Christianity, Mark Miller, a pastor of Iranian converts in a church in northern England, told CT.

“Why did God send Jesus to earth?” he said. “The HO [Home Office] said the answer ‘to wipe out the sins of all humans’ was wrong, and that ‘Jesus came to teach us how to behave’ was the correct answer.”

The All-Party Parliamentary Group on International Freedom of Religion or Belief unveiled their report today.

As refugees stream from the Middle East, countries of refuge—including the United States, Canada, Germany, Sweden, and the Czech Republic—have struggled with judging which converts are sincere.

Asylum seekers, especially from countries hostile to Christianity, know that a conversion may help them remain in their desired host country. But converting to Christianity doesn’t solve everything—in addition to not guaranteeing asylum, for many, it means facing insults and violence in their resettlement areas.

In 2015, the UK updated its guidelines to clarify how to deal with religious refugees:

At interview, the claimant should have been able to describe the personal experiences in the faith of his or her origin and of the encounters or contacts with Christianity (for example, the people who inspired, or the readings which attracted, and which contributed to the decision to accept and follow it) and how far this occurred in the home country or in the UK.

A person’s faith story likely includes baptism and worship at a church, state the guidelines. But asking anything beyond the basic knowledge questions isn’t allowed:

Although the person’s understanding of the faith and of the particular Christian tradition the claimant has joined (if any) is relevant, caseworkers are not qualified to assess the accuracy or relevance of answers to more than the most basic knowledge questions (another reason for not overdoing that line of questioning at interview). But statements of belief or answers to specific questions which are so clearly wrong that no reasonably well-informed person could be expected to take them seriously will call into question the credibility of the conversion.

These policy guidelines are sound, the report found. The problem is the way the guidelines have been put into practice.

“[I]t is clear that a lack of understanding of religion and belief is a primary cause of the disparity between good policy guidelines and practices of decision-makers within the UK asylum system,” the report stated. Less than half (44%) of adults in Britain identify as Christians.

That ignorance means decision makers are perusing (sometimes outdated) church websites or asking questions off “crib sheets,” according to the report.

Those cheat sheets can bring trouble for asylum seekers no matter how they answer, the Immigration Law Practitioners’ Association told the parliamentary group. If seekers answer the questions incorrectly, they can be rejected for not being true converts. But if they answer correctly, they can be rejected for simply memorizing the correct thing to say.

“Christian convert asylum seekers are still being asked detailed factual ‘Bible trivia’ questions, which is too simplistic a way to judge if an individual is, for example, a genuine convert,” the report stated.

For example, Mohammed, a Christian convert from Iran, was asked what color the cover of the Bible was.

“I knew there were different colors,” he told the BBC. “The one I had was red. They asked me questions I was not able to answer—for example, what are the Ten Commandments. I could not name them all from memory.”

Mohammed’s application for asylum was rejected. So was a convert who didn’t know that Catholics abstained from meat on Friday. So was another convert who correctly named the last book of the Bible but did so in Farsi and was misunderstood.

The parliamentary group report advised the Home Office to track how many asylum claims were made on the basis of religious persecution (and how many were granted), to make sure case workers and interpreters were acting professionally, to work with faith communities to check applicants’ credibility, and to fast-track the asylum applications of dependents of any refugee who has been granted asylum for religious persecution reasons.

In the United States, only 60 percent of practicing Christians (those who identify as Christian, say their faith is important in their lives, and have been to church within the past month) can name the first five books of the Bible, according to an American Bible Society and Barna Group report released last month. Fewer could identify Solomon as King David’s son (58%), or Elizabeth as John the Baptist’s mother (46%). More knew that the “3” in John 3:16 was the chapter (77%), and could identify Esther as a book of the Bible named after a woman (75%).

CT has previously reported how questions about Thanksgiving and the apostle Paul almost got Chinese Christians deported from the United States. CT has also noted criticisms of the questions Canada asks asylum seekers, as well as how Sweden’s secularity has put Christian converts at risk of being sent back to Iran.

Can you answer these actual questions asked by UK immigration officers?

Can You Name All Ten Commandments? If Not, This (and 18 Other Questions) Could Get You Deported

The All-Party Parliamentary Group on International Freedom of Religion or Belief unveiled their report today.
expand

Can You Name All Ten Commandments? If Not, This ...