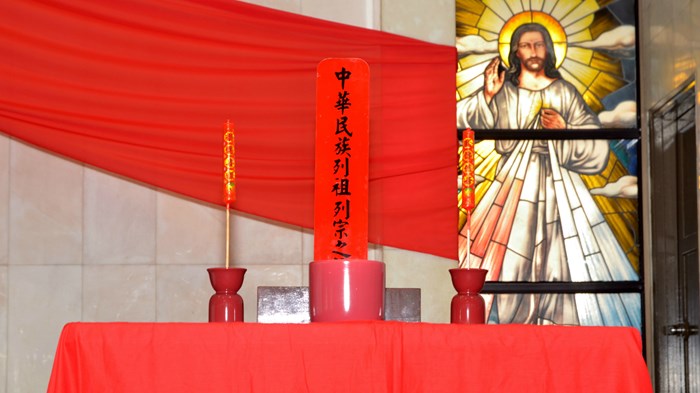 In a landmark ruling last week, a Malaysian court upheld the rights of a Christian to convert from Islam.

The judgment establishes a precedent in a country where religious conversions, particularly from Islam to Christianity, have been steeped in controversy. The verdict reaffirms the right of freedom of religion, guaranteed under Article 11 of Malaysia’s constitution.

Rooney Rebit, the plaintiff, argued that his belief in Jesus was a fundamental human right, and the High Court in Kuching, Sarawak state, agreed. The judge, Yew Ken Jie, said, “He is free to exercise his right of freedom to religion, and he chose Christianity.”

Rebit was born into a Christian family in 1975, but his parents converted to Islam when he was eight years old. His Muslim name was Azmi Mohamad Azam Shah.

In 1999, Rebit embraced Christianity and was baptized.

In her decision, Yew ruled that since Rebit was underage when he became a Muslim, he could not be considered an officially professed Muslim. But when he became a Christian at the age of 24, he was mature enough to make a conscious decision, she said.

Cases of conversion in Malaysia have been plagued by official dissension and charges of apostasy as Muslim authorities challenged verdicts by secular courts in Shari‘ah tribunals.

The most prominent suit involved Lina Joy, who converted from Islam to Christianity in 1998 at the age of 26. Her application to have her conversion legally recognized by Malaysian courts was rejected in 2007 when the high court said it did not have jurisdiction over religious matters.

In other cases, one parent (usually the father) has converted children to Islam, and the appeals of the other parent have been brushed aside by Islamic authorities.

In this video, Malaysian lawyer Andrew Khoo discusses the recent case of a Hindu mother who challenged her husband’s “unilateral” conversion of their two children to Islam. In failing to rule on this, the federal court left the issue unresolved for Malaysia’s minority faiths, he said.

In a country with two parallel legal systems, appeals to secular courts to right such wrongs are often referred back to the Shari‘ah authorities, who don’t grant permission to convert but instead punish apostates. People who appeal for a change in religion are sent to counseling, fined, or jailed.

Rebit’s case was different: he was not challenging his conversion to Islam, which would fit under Shari‘ah court jurisdiction. Instead, Rebit asked that he be officially declared a Christian, and for the Sarawak Islamic Religious Department and Sarawak Islamic Council to release him from the Muslim faith. He also wanted the court to compel the government’s National Registration Department to change his name and religion on his identity card and its records.

Sarawak state’s Islamic religious authorities did not object to issuing the letter releasing him from his faith, but the registration department had insisted on a letter of release and order from the Shari‘ah Court. But Yew, in her decision, ordered the National Registration Department to make the changes to Rebit’s identity card.

She added: “His conversion to the Muslim faith was not of his own volition, but by virtue of his parents’ conversion when he was a minor. He is not challenging the validity of his conversion as a minor. But having become a major, he is free to exercise his right of freedom to religion and he chose Christianity. The National Registration Department had not acted fairly towards the applicant by insisting on a letter of release and order from the Sharia Court.”

Rebit’s lawyer, Chua Kuan Ching, welcomed the decision and said he hoped that the National Registration Department would not appeal the judgment. “In previous conversion cases involving minors, the courts did not go far enough to state what happens when the child reaches adulthood. So this is a different decision because the judge is saying that he has the right to religious freedom, according to the Constitution.”

The Association of Churches in Sarawak applauded the ruling for protecting the fundamental right to freedom of religion: “We call upon the federal government [in Kuala Lumpur] to honor and give effect to the guarantee of religious freedom as provided in the Malaysia Agreement [which formed the basis of Sarawak and Sabah state’s union with Malaysia] and uphold the constitutional rights and fundamental liberties accorded by the federal constitution to all citizens of Malaysia.”

Sisters in Islam, a civil society group committed to promoting democratic rights within the framework of Islam and universal human rights, also welcomed the decision. Their organization, which has come under criticism from Islamic authorities for its opposition to prosecuting Muslims attempting to leave Islam, said the judgment reaffirmed the supremacy of the federal constitution.

“As such, it is our duty to honor these rights equally and fairly, without regard to race or religion. Where our legal system provides for the right of conversion, it should not be the case that in reality the practice of these rights are denied, or made nearly impossible, to certain religions or races,” it said in a statement.

“Acting in the interest of our country and its people does not conflict with the principles of Islam as Islam is a religion of compassion and tolerance,” the statement went on. “Faith cannot be imposed through enforcement. Instead, faith is contingent upon free will. Islam itself means submission to the will of God–not the will of men.”

Rebit’s ruling offers hope to the beleaguered Christian community, who make up 9 percent of the 30-million Malay population. They have increasingly felt under attack; in recent years, Bibles in the Malay language have been seized, churches have been barred from using the word Allah to describe God, and places of worship desecrated.

Khoo, who represented the Council of Churches of Malaysia in the long-running “Allah case,” explains how it affected Malay Christians, as well as the overall religious freedom situation under current Prime Minister Najib Razak.