Despite Mike Pence, Most Evangelical Pastors Are Not Ready to Vote Trump

Almost half remain undecided, with pastors split over which candidate characteristic is most important.
Bob Smietana - Facts and Trends|October 6, 2016 12:09 AM 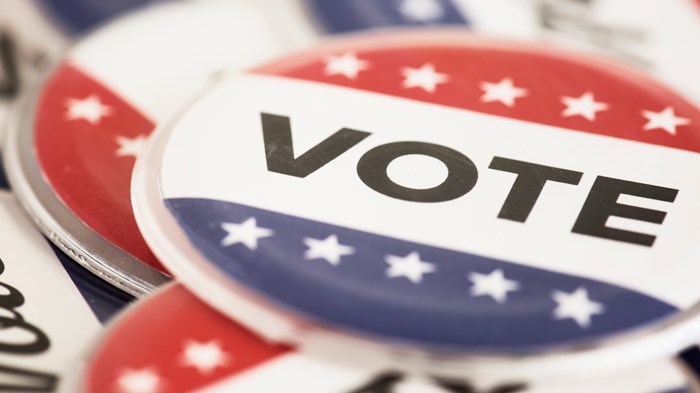 Political endorsements by pastors have been few and far between this election season. That may be because the most popular candidate among pastors is “I don’t know.”

Despite vice presidential candidate Mike Pence’s mission to assuage evangelical voters’​ doubts about the views of Donald Trump, a plurality of evangelical senior pastors (44%) remained undecided last month about which candidate to vote for, according to a new survey from LifeWay Research.

And only 3 evangelical pastors in 100 have endorsed a candidate from the pulpit.

These are among the findings of a new survey of 1,000 Protestant senior pastors conducted August 22 to September 16. (Evangelical and mainline pastors were categorized based on self-identification.)

Most pastors are ambivalent about the major party candidates, said Scott McConnell, executive director of LifeWay Research. “Donald Trump does better with pastors than Hillary Clinton,” he said. “But both candidates are still less popular than ‘undecided.’”

Here is the breakdown for Protestant pastors overall: 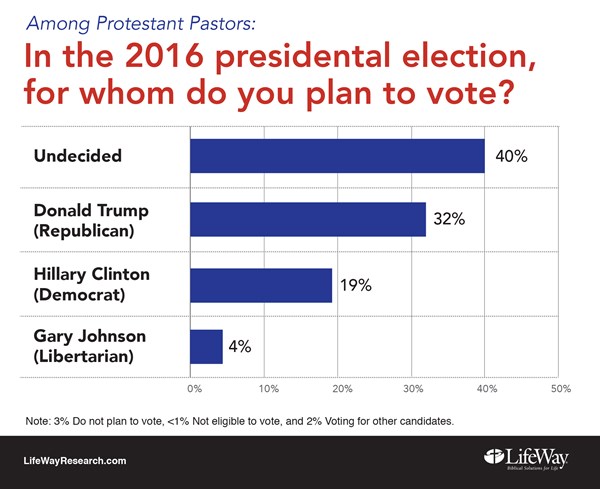 Evangelical pastors overwhelmingly believe voting is a Christian duty. Almost all (94%) say American Christians have a biblical responsibility to vote. That includes pastors of all denominational stripes—from Pentecostal (98%) and Baptist pastors (95%) to Presbyterian/Reformed pastors (81%) and Church of Christ ministers (79%).

However, evangelical pastors don’t expect all Christians to vote the same way. And few believe Christians should support only candidates who can win.

Only about a third agree with either statement (36% and 33%, respectively).

Researchers found that 63 percent of evangelical pastors consider themselves to be Republicans, while 9 percent are Democrats and 20 percent are independents.

While they believe voting is important, evangelical pastors are extremely reluctant to make political endorsements during church services. Ninety-seven percent have not endorsed a candidate during a church service this year, while two percent have.

Endorsements outside church are more common, but still a minority. Twenty-four percent of evangelical pastors have endorsed a candidate outside of their church role, while 75 percent have not.

A similar survey in 2012 found that 87 percent of Protestant pastors didn’t think pastors should endorse candidates from the pulpit; just 10 percent thought it was okay.

Far fewer Protestant pastors endorsed a candidate outside of their church role this year (22%) than did in 2012 (44%).

“Enthusiasm for endorsements appears to be waning this year,” said McConnell. 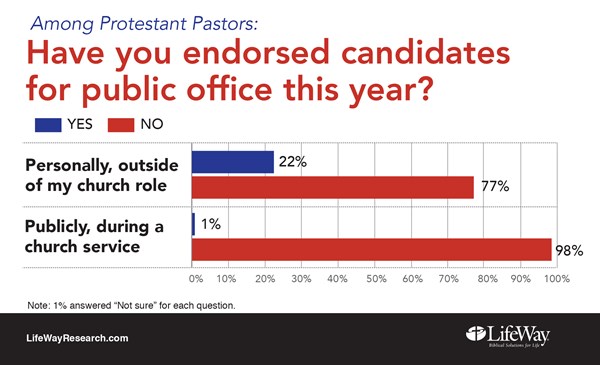 Researchers found no consensus among evangelical pastors about which characteristic matters most when choosing a candidate.

Fifteen percent say the ability to protect religious freedom is most important, while 12 percent point to the candidate’s position on abortion. Among other factors: the ability to improve the economy (5 percent) or to maintain national security (4 percent).

Here are the results for Protestant pastors overall: 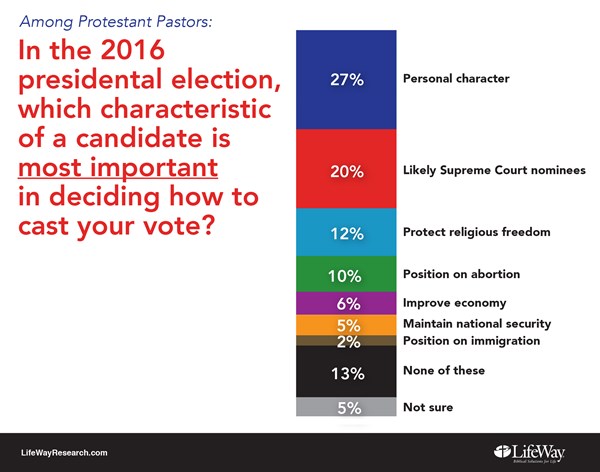 LifeWay found demographics and denominations divide pastors when it comes to the 2016 election:

Clergy and other church leaders may share a common faith, but that doesn’t mean they agree on who should lead the country, said McConnell. “When it comes to politics, pastors are just as divided as other Americans.”

The phone survey of Protestant pastors was conducted Aug. 22–Sept. 16, 2016. The calling list was a stratified random sample, drawn from a list of all Protestant churches. Quotas were used for church size. Each interview was conducted with the senior pastor, minister or priest of the church called. Responses were weighted by region to more accurately reflect the population. The completed sample is 1,000 surveys. The sample provides 95 percent confidence that the sampling error does not exceed plus or minus 3.2 percent. Margins of error are higher in sub-groups. Sub-groups for voting intentions are limited to likely voters.

Despite Mike Pence, Most Evangelical Pastors Are Not Ready to Vote Trump

Despite Mike Pence, Most Evangelical Pastors Are ...