Influential theologian and author lived to be 101, and to see his popular book remain in print.
Kate Shellnutt|December 8, 2017 10:53 AM 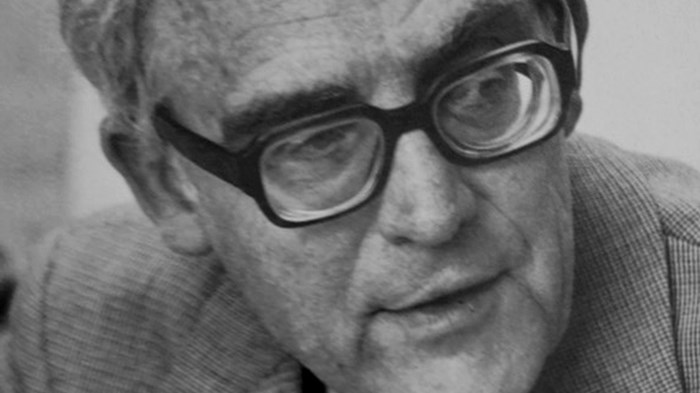 British theologian and literary scholar Harry Blamires, who taught the church to think like Christians in the face of a secularizing culture, died last month at age 101.

His writing career was shaped by C. S. Lewis, who grew to become a friend and mentor after Blamires studied under the acclaimed apologist at Oxford University.

His most famous work, The Christian Mind, pushed readers to extend the Christian worldview into all areas of life—particularly intellectual pursuits. The book, published in 1963 and still in print today, called out “the mental secularization of Christians” and the significance of developing Christian thought as it relates to objective truth.

“The bland assumption that the Church’s life will continue to be fruitful so long as we go on praying and cultivating our souls, irrespective of whether we trouble to think and talk Christianly, and therefore theologically, about anything we or others may do or say, may turn out to have dire results,” Blamires warned.

“With The Christian Mind, Harry began a polemic that he kept going for 40 years,” wrote Brian Davis, a former student of Blamires’s, in a Church Times tribute. “His Christian apologetic sold well in the United States, where he was frequently invited to give lecture tours. Like Lewis, he was particularly popular with evangelicals, without being one himself.”

Author of over a dozen books, Blamires is remembered both for his writing on the church and his work in literature. An Anglican, he spent most of his career at King’s Alfred College, where he served as head of the English department and wrote about greats like James Joyce and T. S. Eliot.

Gregory Wolfe, editor of Image Journal, tweeted after Blamires’s death on November 21, “RIP, Harry Blamires, who passed away at 101. Student and friend of C.S. Lewis, author of many books of theology & literary criticism, & very kind to Suzanne & me in our Oxford years.”

Blamires had five sons, eight grandchildren, and two great-grandchildren. His wife, Nancy, died five years ago. Last year, he was honored for his 100th birthday and said his secret to long life was “bananas and a glass of wine.”

After he authored Knowing the Truth About Heaven and Hell, Blamires wrote for a 1991 issue of CT about the hereafter, quoting William Wordsworth and John Milton alongside the apostle Paul.

“The supreme joy of heaven is the vision of God himself. Poets and mystics have depicted the beatific vision as a culminating experience of almost intolerable bliss,” he said.

“It is small wonder that mind and pen falter under the weight of glory brought to mind.”