Compassion Has 'Very Little Hope' for India, Sets Deadline to Shut Down Sponsorships 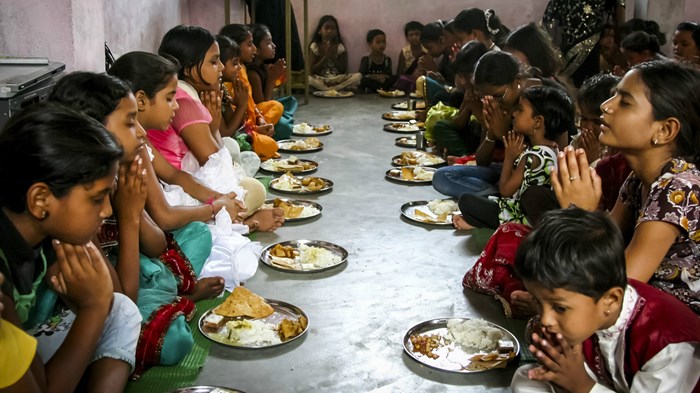 “We want to be honest with you, there is very little hope.”

So wrote Compassion International to its 130,000 sponsors of Indian children this past Friday.

A little more than a year after the Indian government told Compassion that it could no longer receive funding from outside the subcontinent, the humanitarian organization will likely be closing its last operations there.

“Since we can no longer distribute funds to our field offices, we have just had to notify our India country staff that we must formally close our field offices in India by March 15,” Compassion told sponsors by email. “Should nothing change, that means an end to our sponsorship program in India in the next 60 days.”

Compassion, which has been working in India for more than 48 years, said it has tried everything in the last 10 months to stay afloat. The email listed its efforts, which include:

Compassion’s 580 Indian-staffed development centers care for more than 145,000 children. That’s only about 8 percent of the 1.9 million children assisted by Compassion worldwide, but also more than any other of the 25 countries where it works.

The Indian government objects to Compassion’s Christianity, according to the ministry’s testimony to US lawmakers. Hindu nationalists have put increasing pressure on Christians in India since the election of Prime Minister Narendra Modi in 2014. The subcontinent has been steadily moving up Open Doors’ list of places where it’s hardest to be a Christian, from No. 28 in 2014 to No. 15 this year, the highest rank it has ever held.

“An average of 40 incidents were reported per month, including pastors beaten, churches burned and Christians harassed,” stated Open Doors. “Of the 64 million Christians in India, approximately 39 million experience direct persecution.”

There doesn’t appear to be a government plan to pick up Compassion’s care for Indian children. More than 1 in 3 of India’s 1.2 billion people are children, yet India spends less on health and education than comparable emerging economies.

Of India’s roughly 472 million children, 33 million are child laborers, 80 million are out of school, and 97 million are undernourished, according to a recent petition asking Modi’s administration to spend more on children.

But while the government may not have a plan in place, that doesn’t mean the children will be abandoned entirely, said Compassion spokesperson Becca Bishop.

“[The children] may have lost Compassion’s support, but they haven’t lost the support of their local church,” she said. “Those churches, if they have the funds, may still be able to carry out a lot of the services.”

World Vision, which sponsors more than 245,000 children in India (about 6 percent of its global total), also partners with local churches, though not exclusively, spokesperson Amy Parodi told CT. So far, World Vision isn’t having problems getting foreign funding into the country, she said.

CT covered Compassion’s cash crunch in December, including how the Indian government squeezed off its foreign funding. With no way to pay for materials or staff, the organization began paring down programs last summer.

“Our staff in the India field offices have stretched every last penny beyond what we thought possible to extend the programs for our children, while we in parallel explored alternative delivery methods to provide funds, yet a solution has not been discovered within the needed timeframe,” stated Compassion’s email to donors.

The news comes on the heels of Compassion’s largest surge of sponsorships, when students attending the 2017 Passion Conference eliminated the list of children waiting for sponsors in four countries.

Compassion Has 'Very Little Hope' for India, Sets Deadline to Shut Down Sponsorships