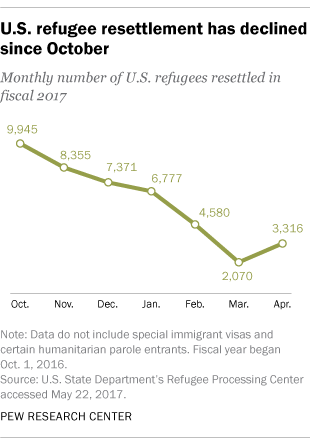 It’s been a tumultuous year for refugee resettlement, and the latest ruling on President Donald Trump’s highly contested travel ban introduces more questions about the prospects for foreigners seeking asylum in the United States.

After months of holdups in lower courts and declining refugee admittances, today the US Supreme Court partially reinstated Trump’s executive order that bars refugees and travelers from certain Muslim-majority nations from entering the country. The high court will rule on the case this fall.

Monday’s court decision included some notable exceptions to Trump’s initial ban, including allowing refugees with “bona fide relationships with a person or entity in the United States” to enter the country and allowing such connected refugees into America even after totals reach Trump’s limit of 50,000 this fiscal year.

World Relief, an arm of the National Association of Evangelicals that serves as one of nine refugee resettlement agencies in the US, is waiting to hear more about the new qualifications. How the State Department interprets the decision will determine whether it will halt the flow of refugees or, possibly, allow in even more than planned.

Between 50 percent and 75 percent of refugees resettled through World Relief have some sort of tie to family or other contacts living in the US; however, some of these relationships may not meet the government standard for “bona fide relationships.” For example, “close familial relationships”—a term used in the decision—could ...