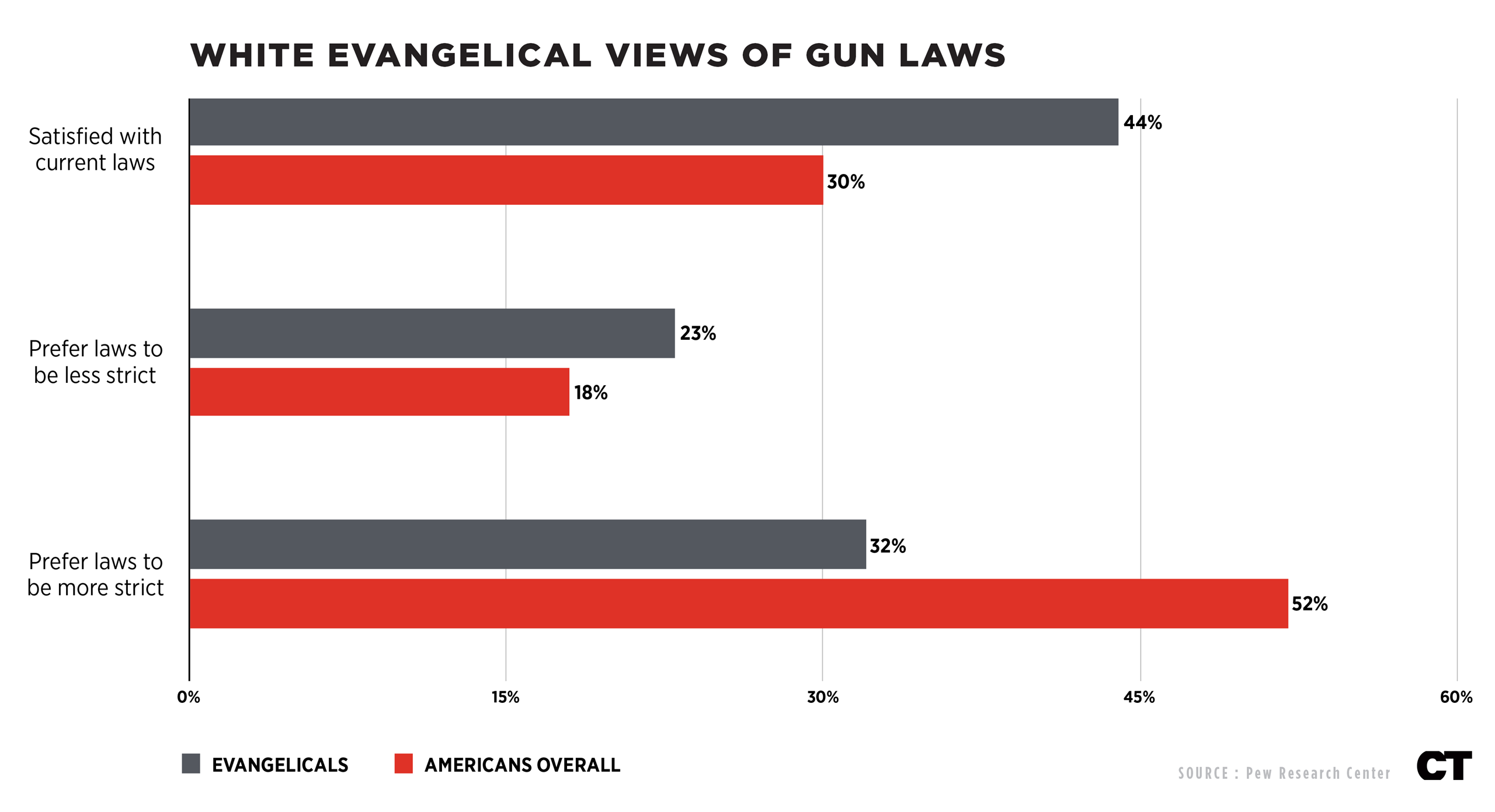 The Good Samaritan credited with causing the Texas church shooter to flee the scene was a churchgoing National Rifle Association (NRA) member, armed with an AR assault rifle.

“I think my God, my Lord, protected me and gave me the skills to do what needed to be done,” said Stephen Willeford, who lived near First Baptist Church Sutherland Springs and rushed over when he heard the gunshots Sunday morning. “I just wish I could've gotten there faster.”

Firearm ownership and concealed carry is the norm in this small Texas town; plus Willeford and his family had NRA training. As Americans again debate gun control policies following yet another deadly shooting, and as Christians reconsider the safety of their sanctuaries, the 55-year-old believer represents the view common among white evangelicals of guns as protection.

According to 2017 Pew Research Center data analyzed for CT, white evangelicals are more likely than members of other faith groups or the average citizen to own a gun; 41 percent do, compared to 30 percent of Americans overall.

Fellow Texas pastor Robert Jeffress, of First Baptist Church of Dallas, told Fox & Friends that his church members are regularly armed, which makes him feel safer about a potential shooter.

“I'd say a quarter to a half of our members are concealed carry. They have guns, and I don't think there's anything wrong with that,” he said. “They bring them into the church ...