Why the Dallas megachurch has decided to go from one church to six.
Kate Shellnutt|September 28, 2017 09:41 AM 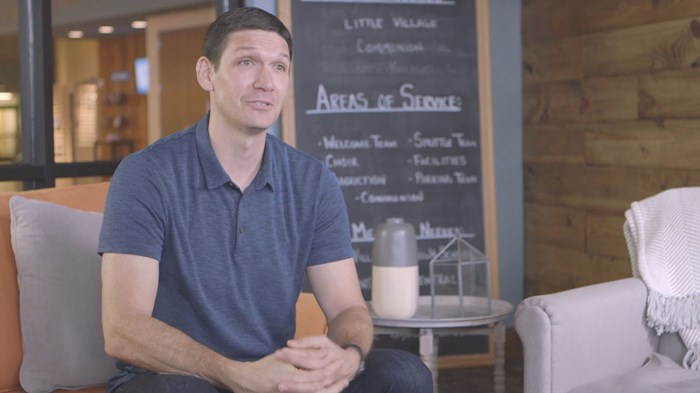 The Village Church, the multisite Texas megachurch led by Matt Chandler, will transition from several campuses across the Dallas–Fort Worth (DFW) metroplex to individual autonomous churches within the next five years, leaving behind a multisite model for a deeper commitment to local ministry and church planting.

Village expanded to a total of six campuses since Chandler became senior pastor 15 years ago, including one location—The Village Church Denton—that spun off in 2015.

Last Sunday, Chandler announced plans for the remaining five campuses to do the same by 2022, pending a members’ vote at each location. Village will not launch any future campuses, and the churches will roll out new names, original preaching, and more “contextualized” ministry programs.

“We believe, compelled by the Holy Spirit, that … to multiply out to individual autonomous churches gives us the best possible ability and capacity to contextually reach the city of Dallas with the gospel of Jesus Christ,” said Chandler, also the president of the Acts 29 church-planting network, in a video.

“We’re all a bit anxious right now … because this thing really is beautiful, and God has done some stunning and spectacular things. We’re just compelled that there are better days ahead.”

A Southern Baptist congregation, The Village Church gathered 11,400 weekly worshipers across its locations in 2015, with about half at its Flower Mound headquarters. Multisite churches tend to number 1,000 or more worshipers, but only about 8 percent are as big as The Village, according to research by Leadership Network.

The church’s Plano campus is slated to transition first, as soon as 2019. Current campus staff will be invited to stay.

Campus pastors at each location already preach over a quarter of the time, about 14–16 Sundays a year. “They’re not emcees,” Chandler said. “They’re all central elders, helping build and establish programming [and] structures as well as shepherding in the church.”

Still, the popular pastor’s teaching remains a major draw for churchgoers and visitors.

“I think the elephant in the room with roll-off is transitioning from Matt and his unique voice that God has given him. That’s a big deal,” said Beau Hughes, lead pastor of the Denton church. “That and everything else that comes with it can be kind of scary, it can be humbling, and it can be a good test of one’s vision of a local church altogether.”

“Whenever a high visibility church makes the shift, like The Village or Redeemer (this year's examples), people ask if this is a new trend, or even a sign of multisite failure,” said Warren Bird, director of research at Leadership Network. “I say no on both counts.”

Bird notes that multisite churches have been spinning off campuses, either individually or all at once, since the movement took off in the 1990s. Some congregations adopt the multisite model with the intention of doing so from the beginning.

And his research shows that these churches keep growing, engaging members, and planting churches. While many denominations lament church decline, 85 percent of multisite churches are growing, Leadership Network found.

CT reported on the state of the multisite movement and its reliance on church mergers, featuring The Village Church Denton, in 2015:

When the multisite model (defined as one church in two or more locations) works, once-empty pews are filled with worshipers and an older church’s legacy lives on while a larger church expands its outreach. But when things go poorly, multisite churches can become another struggling American franchise, precariously built on the brand of a celebrity pastor—and one step away from collapsing like a house of cards.

Chandler emphasized that the multisite approach worked well for them for a season of church life. The structure alleviated the stress of overcrowding, and allowed for healthy expansion when a half-dozen services in Flower Mound each weekend still couldn’t fit all their attendees.

Now, Village stated, “Our hope is that this vision will give us the opportunity to multiply out, planting more churches and sending out more missionaries in DFW and beyond.”