Viviane Morales explains why truth and repentance will heal the scarred South American nation more than prison sentences for FARC rebels.
Interview by Deann Alford in Bogota|April 3, 2018 07:00 AM 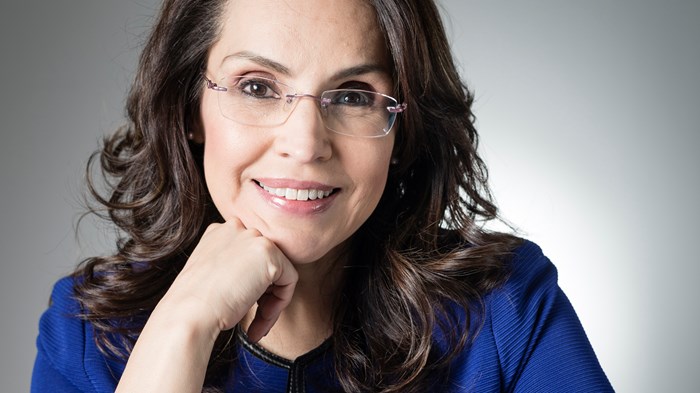 Why does Viviane Morales want to lead one of South America’s most troubled countries?

It’s more than the chance to become the first female president of Colombia. She began her three-decade political career fighting for more rights for Protestants in the Catholic-dominated society. After serving as attorney general and a senator, the 55-year-old now believes the time is ripe for evangelical leaders with family values to help heal society’s struggles throughout Latin America.

The mountainous Andean nation’s next leader will inherit a deeply scarred society with wounds still festering. In 2016, the government and the FARC (Revolutionary Armed Forces of Colombia) signed peace accords in Havana, Cuba, ending the Western Hemisphere’s longest-running conflict that over a half-century killed 220,000, displaced 6 million, and “forcibly disappeared” tens of thousands. While FARC guerrillas have formally demobilized, their remnants—along with criminal gangs and National Liberation Army (ELN) guerrillas—continue to kidnap and terrorize. Narco-trafficking and illicit crop cultivation have spiked. Poverty and corruption remain endemic. And most recently, desperate Venezuelans fleeing economic and political crises are pouring over Colombia’s eastern border to find food and work.

Morales’s second Senate term ended in January when she resigned to switch parties and run for the nation’s presidency. She and her husband Carlos Alonso Lucio, a former guerrilla who became a senator and converted to Christianity, have spearheaded a national campaign to allow only couples in traditional marriages to adopt children.

After watching most Colombian Christians vote against the FARC peace deal, Morales believes the Colombian Protestant church needs to shift its focus from criminal justice to its real expertise: forgiveness and reconciliation. In February, journalist Deann Alford spoke with Morales in her Bogota campaign office. [This interview has been translated from Spanish.]

What’s been your defining moment in public life?

My political involvement began 30 years ago with evangelicals’ first-time participation in politics: the 1991 assembly to revise the constitution. Colombia didn’t have absolute religious freedom, nor respect for the rights of those of us outside the Roman Catholic majority. I defended and succeeded in getting Congress to pass the religious freedom law. Now after almost 16 years as a representative, senator, and as attorney general, the time has come in my political life where I believe it’s important to present myself as a Christian.

If elected, what will be the role of your faith in making decisions?

As citizens, we evangelical Christians have every right to discuss societal values. The courts have let the [secular] minority impose its will, depriving the majority of its right to decide. We presented 2.3 million signatures regarding the adoption of children only by couples composed of one man and one woman to put the issue to popular vote. But Congress did not approve the measure.

Families took to the streets protesting when even the peace treaty plebiscite included gender theory in public education. This awakened many to defend their values, which startled politicians. Our constitution addresses values and principles. We’re taking action under the rule of law, not trying to end the secular state or stake out religious turf.

Of the woes besetting Colombia, what is most pressing?

Colombia is almost in chaos, in a moral state of emergency, and needs to get its values in order. Justice and authority are beset with major corruption. Last year, scandals involved three Supreme Court justices convicted of bribery. Corruption is woven into the political ruling class between the president, Congress, and high courts. Deep reform is needed. It’s not a matter of a lack of legislation to enforce laws that are already on the books.

I have never operated like the other politicians in this country. Moral leadership is essential. When I became attorney general, people said, “You have so many corruption cases. You won’t be able to touch all these important people involved in them.” In one year, those involved in these cases were jailed.

Many Colombian communities are orphaned, lacking institutional authority—even without judges. Some lack prosecutors. We need new ways to drive economic growth. Colombia has great potential in its rural areas, in agriculture, in tourism, which must be developed. Resources are needed, but Colombia is in a troublesome economic downturn.

In 2015, a Colombian prosecutor charged US missionary Russell Martin Stendal with being a guerrilla leader, basing the case on statements by jailed criminals. The case dragged on until September 2017, when a judge threw it out.

Colombian law establishes that evidential elements must be brought before the judge. Because of weak criminal investigations, here it’s easier to bring people to testify, saying anything, even absent conclusive evidence. The corrupt justice system functions in the prosecutor’s office, buying false witnesses to move cases forward, ruining people in these cases. This is part of what, fortunately, has been exposed. Criminal investigation must be strengthened.

Has the US model of evangelical political participation influenced you?

My public participation follows a biblical model. The Bible teaches that we must be witnesses of the Lord whenever we are. In the last century, US missionaries taught that politics was of the devil, and the church here was apathetic. Fortunately, we’re waking up. But we must wake up properly, mindful to not confuse the church with a political party.

How can you balance post-conflict justice and grace, theologically and politically?

A church’s vision regarding forgiveness and reconciliation is one thing. But work must be done so citizens can understand that reconciliation is possible while still requiring minimum, basic truth. That hasn’t happened. To move forward, we must legitimize these peace accords among those who voted against them. People need answers to their questions. You can’t establish justice by imposing what was signed, forcing people to accept it.

Colombia has endured decades of violence and revenge. How are peace and healing attainable?

When people say they want the FARC punished or jailed, I believe they want truth and repentance, which heals more than a prison sentence. As attorney general from 2011 to 2012 during a government peace and justice process with paramilitaries, I insisted that victims could hear perpetrators’ accounts of their crimes. In the room were mothers, siblings, girlfriends of someone the paramilitary had disappeared. Victims cried and asked questions.

Colombia can’t remain only in a criminal process with the offenders. Victims should take part. We emphasized transitional justice, voluntary face-to-face meetings between victims and paramilitaries who revealed what happened to their loved ones. Human encounters can bring healing.

This element was missing in the recent peace process, which occurred far away in Havana. Negotiators delivered a peace agreement, but those who still carry the pain haven’t lived through the reconciliation experience.

Where did the idea for these victim-perpetrator encounters come from?

International NGOs approached Colombia’s government, trained prosecutors, and promoted these encounters. Our law requires victims to be heard. This method has allowed some 70,000 victims to directly face the perpetrators in person or via video.

The magnitude of violence that we have lived in Colombia makes us see each other as dehumanized—less than human. We can’t understand the person who committed such horrible crimes, but he remains a human being. We need to seek that person, not the criminal. The victim won’t overcome this until his hurt is healed and he can extend forgiveness. An unforgiving society won’t heal.

Those involved in violence must recognize their crimes and explain what happened to victims who want to hear. That was lacking in the FARC peace talks. Many victims feel they weren’t listened to. If their relatives were disappeared, they need to know the truth to deal with the pain.

What is the role of the gospel to achieve peace in Colombia?

Given how the peace accord was negotiated, much of the church voted against it. The church should deeply reflect on forgiveness rather than dealing with this through the criminal justice system. We cannot allow political forces dividing the country to manipulate the church, including the vote on whether to accept the peace process. The church got more involved in a political discussion than on a discussion of its role in Colombia.

Protestants and Catholics alike voted against the treaty, but were they truly united? Do you believe the Catholic church is part of the solution or part of the problem?

I was raised Catholic. At 17, I became an evangelical. Back then, I saw real Catholic-evangelical hostility. Catholic hierarchies opposed the 1991 religious liberty law. Today, many movements link Catholics and evangelicals in politics. We’ve marched together for parents’ right to educate their children, especially concerning sex education. Ninety percent of Colombians are Catholic or evangelical. Many differences have been ironed out. In the public realm, we won’t focus on our doctrinal differences but rather on the societal values uniting us.

Latin Americans are weary of what’s happening in our countries. Latin America has awakened to what political participation means from a faith perspective. Last year, the Pope encouraged involvement. The hope for our society is accomplishing things with one accord—with conviction that goes beyond politics.

Debates about public ethics abound. I believe the response is in each person who sets himself or herself apart and takes a stand by saying, “I will not act in a corrupt manner.” Society must return to this. Thank God we have awakened. I believe that the results of this will be amazing. It’s occurring in various Latin American countries.

Costa Rica’s front-running presidential candidate, Fabricio Alvarado, is an evangelical singer with a platform against gender theory and same-sex marriage, similar to yours.

The Christian worldview holds that in any society, the family is fundamental. People have awakened regarding this. Never before has the political agenda of Latin American candidates included family and values. Today they’re interested, because they believe we’re an important voting bloc.

I believe I can. To win May 27 in the first round of voting and get into the June 17 runoff, we can easily get the necessary 3 million votes among Catholics and evangelicals if we unite.

We need your prayers. We aren’t trusting in chariots nor horses [Psalm 20:7]. We believe in God’s purposes and the mission he has given us.