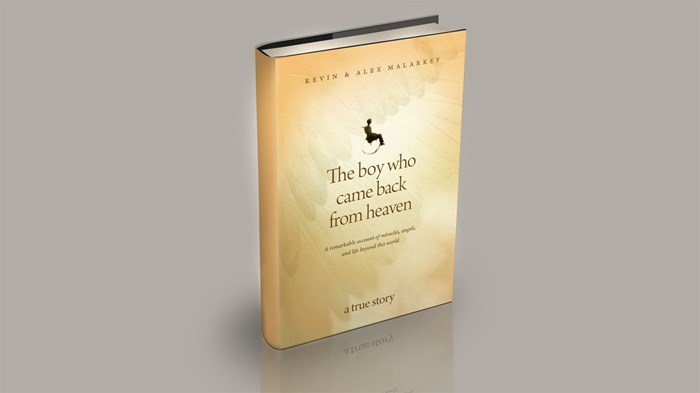 Malarkey has sued on the grounds of defamation, financial exploitation, and publicity placing a person in a false light, saying that Tyndale went forward with initially publishing and promoting the book knowing his opposition. He states that he did not write any part of the book or consent to the use of his name as a coauthor and story subject.

A New York Times bestseller, The Boy Who Came Back from Heaven sold over a million copies and launched several spinoff products based on Malarkey’s story.

Tyndale said in a statement issued this week that it no longer promotes the book or makes it available for sale, and that it has complied with the terms of the book contract.

“This is a terribly unfortunate situation, which deeply saddens all of us at Tyndale,” said Todd Starowitz, the publisher’s spokesman. “Despite the claims in Alex Malarkey’s lawsuit, Tyndale House paid all royalties that were due under the terms of our contract on his book, The Boy Who Came Back from Heaven. Tyndale took the book out of print in 2015 when Alex said that he had fabricated the entire story. Any books still available from online vendors are from third-party sellers.”

The recent lawsuit reiterates Malarkey’s denial of the heaven story portrayed in the book, alleging that his father was the one behind the story and that he does not remember what happened while he was a child in a coma after the accident. Malarkey, a quadriplegic, lives with his mother in Ohio, collecting Social Security.

In an open letter issued when he was 16, Malarkey wrote:

I did not die. I did not go to heaven. … I said I went to heaven because I thought it would get me attention. When I made the claims that I did, I had never read the Bible. People have profited from lies, and continue to. They should read the Bible, which is enough.

His retraction drew criticism toward Tyndale for publishing the book, which it said had been vetted for biblical principles at the time, and led many Christians to challenge the subgenre of books about visiting heaven, including Heaven Is for Real and 90 Minutes in Heaven.

As a result, LifeWay Christian Stores stopped selling all “experiential testimonies about heaven” in 2015.

In 2012, CT’s Mark Galli wrote a cover story on what to make of heaven-visit stories, while Leslie Leyland Fields discouraged replacing “scriptural narratives with our own ‘better stories.’” In 2014, Kyle Rohane wrote about the history and use of books about ecstatic experiences.