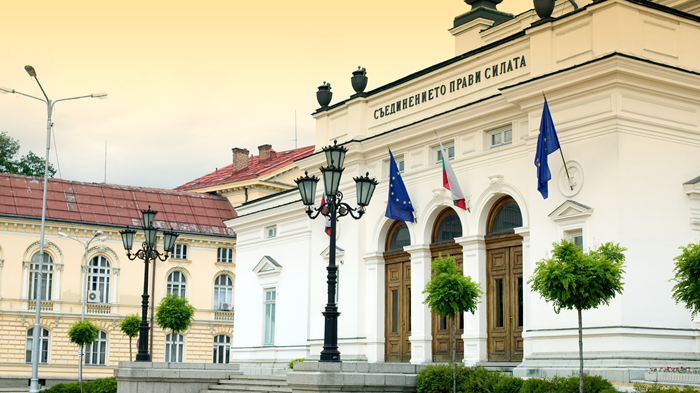 Since October, Bulgarian evangelicals have protested proposed legislation that would hinder preaching, evangelizing, funding, and training by non-Orthodox minority faiths with weekly demonstrations and nationwide calls to prayer.

Last Friday, its last working day of 2018, the country’s parliament finally passed the new law, without the restrictions Protestants had feared the most.

“We celebrate the decision by the government of Bulgaria earlier today to allow hundreds of churches, including 130 Baptist churches, to remain open so that people of faith may continue to worship in the free convictions of their conscience,” stated the Baptist World Alliance, which opposed the initial proposal along with the Baptist Union of Bulgaria and several other national church councils.

The amendments to the Religious Denominations Act go into effect January 1 and present some additional regulations in the southeastern European country. The two major faith groups, Orthodox (85%) and Muslim (10%), also receive bigger government subsidies under the new law.

An earlier version of the amendments, as CT reported last month, put the future of Protestant education and foreign funding for churches in jeopardy.

The original proposal also barred all church activity outside official buildings and kept foreign preachers from leading services; the approved amendments regulate only the use of loudspeakers to amplify outdoor worship and allow non-Bulgarians to preach if they inform the religious affairs office, according to Evangelical Focus, a Christian news site in Europe.

Gong forward under the new rules, churches and other religious buildings can join an optional national registry to receive tax deductions.

“The willingness of the Government to listen to the concerns and perspective of citizens with a minority faith is commendable,” according to the Baptist World Alliance.

“The work of many Baptist leaders and other people of goodwill who led rallies for seven weeks inside Bulgaria and faithfully pressed for full religious freedom, as well as the support of many who prayed and engaged across the world, is a powerful example. The actions of today are a true Christmas blessing.”

Last Friday, the protests in the capital city of Sofia continued. Church leaders distributed Bibles and personal pleas to each member of Parliament, and 200 evangelicals gathered outside the government building to pray against the restrictions, Evangelical Focus wrote.

“Almost all of the provisions that were protested against were dropped. Whether due to the piled up international pressure, or because of the eight evangelical street protests, or maybe due to the thousands of prayers spoken against the amendments—the lawmakers dropped every single restrictive provision of the original version,” the site reported.

Though they are relieved and praising God that Bulgaria passed an acceptable version of the regulations, Protestants are still concerned that their government had put forth such severe proposals in the first place, Evangelical Focus said.

“Lack of consideration or instinct of totalitarian control? What was driving six out of the seven political parties to coin out so many restrictions depriving basic human and religious rights?”

The Christian legal group Advocates International also commended the former Communist nation’s decision to “drop various provisions in its amendment of its Religious Denominations Act that restricted freedom of religion.”

“Please join us in thanking God for these news and continue praying for Bulgaria and our advocates there who continue to face challenges to their freedom and working faithfully and courageously to safeguard it,” Daniela Ancalle said in a statement.

Protestants and other minority faiths each make up less than 1 percent of the population, so the public funding granted to them under the new law pales in comparison to the millions allotted for Orthodox and Muslim adherents.

The Bulgarian Evangelical Alliance posted detailed reports from last week’s meeting on its Facebook page, thanking fellow believers both inside and outside the country for their support and prayers.