American pastor remains under house arrest until October. But good news comes day after his plight was shared at US religious freedom ministerial.
World Watch Monitor|July 25, 2018 09:53 AM 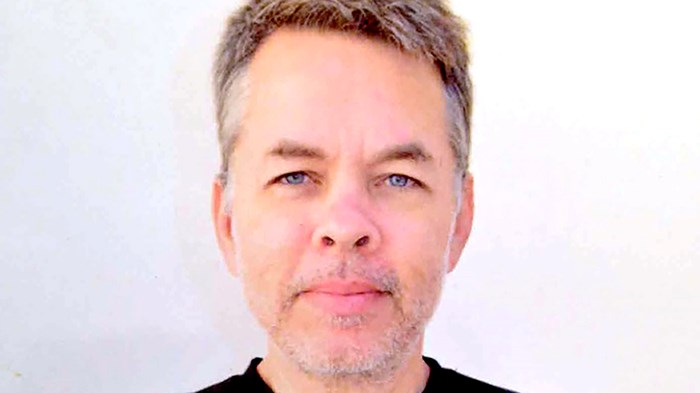 Image: World Witness
A photo of the Rev. Andrew Brunson during his time in prison.

“I cannot tell you how proud I am of my father and what an example of Christ’s love he continues to be to the world as he is wrongly imprisoned for his faith,” said Jacqueline Funari, who is “still waiting for my father-daughter dance” because Brunson’s long imprisonment caused him to miss her wedding.

Today, a Turkish court ruled that Brunson should be moved from Kiriklar prison to house arrest at his home in Turkey. The good news, though partial, drew a standing ovation from the ministerial delegates.

A leader of the Turkish Protestant Church confirmed the news to World Watch Monitor. The same source confirmed that Brunson’s wife is on her way to the prison to meet her husband, and to ensure the prosecutor’s order to release him into house arrest is quickly delivered to the prison.

Aykan Erdemir, a former member of Turkey’s parliament and senior fellow at the Foundation for Defense of Democracies, confirmed that Brunson will remain in pre-trial detention until the next hearing, scheduled for October 12.

The American Center for Law and Justice (ACLJ), which represents Brunson’s family, also confirmed Brunson’s release to his Turkish home.

Brunson, a Christian pastor from North Carolina who has lived in Turkey for 23 years, has been on trial for terrorism and spying charges. He is accused of having links with the Fethullah Gülen movement, which the Ankara government blames for the failed July 2016 coup attempt, and the outlawed Kurdistan Workers’ Party (PKK).

Turkish Hurriyet Daily Newsreported that “the Second High Penal Court in the western province of İzmir ruled on July 25 to move Brunson from prison to house arrest by imposing a judicial control decision.”

Hurriyet said the court had also banned the pastor from leaving Turkey.

The same penal court had rejected an appeal to release Brunson in its latest hearing last week, July 18, and decided to continue listening to the testimonies of witnesses in the next hearing. Western observers in the court told World Watch Monitor there was not one piece of evidence so far produced to indicate the pastor is guilty of any crime, and that his trial is for political expediency. Turkish President Recep Tayyip Erdoğan wants Gülen to be extradited back to Turkey (the cleric is currently living in the US) to stand trial for the 2016 coup.

Brunson was detained nearly two years ago, in October 2016, and faces up to 35 years in prison if found guilty. The pastor has completely denied all the charges, calling them “shameful and disgusting.”

According to Reuters, Brunson, the pastor of a small church in Izmir, told the court at last week’s hearing: “It is really hard to stay in jail and be separated from my wife and children.”

“There is no concrete evidence against me,” Reuters quoted Brunson as saying. “The disciples of Jesus suffered in his name; now it is my turn. I am an innocent man on all these charges. I reject them. I know why I am here. I am here to suffer in Jesus’ name.”

The US Commission on International Religious Freedom (USCIRF) vice chair Kristina Arriaga attended the hearing in Aliağa, near Izmir. USCIRF condemned the charges against Brunson and called for his immediate release. On July 18, Arriaga wrote:

The government of Turkey continues to make a mockery of justice in its treatment of Pastor Brunson. Today I was hoping to see the judge order his complete release and put an end to the miscarriage of justice that Pastor Brunson’s entire case represents. Turkish authorities still have not provided one good reason for depriving Pastor Brunson of his liberties. The Trump Administration and the Congress should continue to apply pressure, including using targeted sanctions against officials connected to this case, until Pastor Brunson is released.

‘Persecuted for no reason’

The court last week heard testimony from four witnesses: three for the prosecution, and one for the defense. For nearly two hours, former church members testified against Brunson, making vague, unsubstantiated accusations. When the judge asked Brunson to reply to the witnesses, he said: “My faith teaches me to forgive, so I forgive those who testified against me.”

Brunson’s lawyer’s request for his first choice defense witness was refused, since the witness himself was also implicated in the indictment; so another witness, less familiar with Brunson, had to appear instead.

Brunson’s supporters were disappointed at the outcome, having been encouraged by recent talks at the diplomatic level.

Reuters cited Philip Kosnett, the US charge d’affaires for Turkey, as saying he saw nothing to indicate Brunson had committed any crime.

In April, US President Donald Trump tweeted in support of Brunson, saying he was “being persecuted in Turkey for no reason.”

In June, the US Senate passed a measure that forbids the sale of American-made F-15 Joint Strike fighter jets to Turkey, partly because of Brunson’s detention.

Still, the Al-Monitor news website noted that Trump and Erdoğan were “all smiles as they were photographed exchanging fist bumps” at the recent NATO summit in Brussels. That meeting was followed by a 15-minute phone call on July 16, during which Brunson’s case was discussed, according to Sabah, a Turkish pro-government daily newspaper.

Aykan Erdemir had told Al-Monitor after the hearing: “Both the pro-government media and the prosecutor’s office have dug themselves deep in framing Brunson as a terrorist, and it will be a challenge for them to pull a U-turn.”

He added that Erdoğan’s nationalist allies “have a proven track record of anti-Christian and anti-missionary prejudice and would not welcome Brunson’s release.”

In late June, two US senators, Republican Lindsey Graham and Democrat Jeanne Shaheen, met Erdoğan in Ankara after visiting Brunson in prison in Aliağa. The pair called for the US to enact sanctions against Turkey over Brunson’s detention. According to Al-Monitor, the senators had “not minced their words” in their meeting with Erdoğan, and believed he may not have been “properly briefed” about the seriousness of the sanctions, but he “now understood.”

After Brunson’s previous hearing, in Aliağa in May, USCIRF vice chair Sandra Jolley released a scathing appraisal of the way the proceedings were carried out. After attending the 11-hour session, during which the judge dismissed all of Brunson’s witnesses, she stated:

We leave the courthouse with serious concerns. Today’s 11 hours of proceedings were dominated by wild conspiracies, tortured logic, and secret witnesses, but no real evidence to speak of. Upon these rests a man’s life.

Worse still, the judge’s decision at the conclusion of today’s hearing to dismiss all of the witnesses called by Pastor Brunson’s defense without listening to a single minute of their testimony is simply unconscionable.

The pastor and his Turkish lawyer finally learned the specific allegations on which his charges of alleged espionage and terrorism are based, most of them from “secret witnesses,” only a month or so before his first court hearing. The prosecution has demanded 35 years in prison if Brunson is convicted of these charges, all of which he denied in a six-hour defense before Izmir’s Second Criminal Court at his hearing on April 16.

“As usual, there was much spurious testimony against Andrew,” Campbell said via encrypted text message following adjournment of the proceedings. “Andrew’s testimony was absolutely powerful. He presented the gospel with confidence and defended himself with boldness. The court allowed for the first time a favourable witness, and one who was to speak against him actually spoke in Andrew’s favour. It felt like they had decided the outcome before the trial.”

The Christian agency Middle East Concern reported that “observers at the court hearings have commented on the fantastical nature of the claims.”

According to Brunson’s lawyer, Ismail Cem Halavurt, he “should have been granted conditional release as the investigation is now complete. The head judge, however, continued to refuse to acquit Andrew or grant him conditional release.” This was allegedly due to the serious nature of terrorism charges and the fact that he’s an American citizen.

A timeline of Andrew Brunson’s saga: