Despite age gaps, Pew Research uncovers a few places where the next generation is actually more devout than their parents and grandparents.
Griffin Paul Jackson|June 13, 2018 10:02 AM 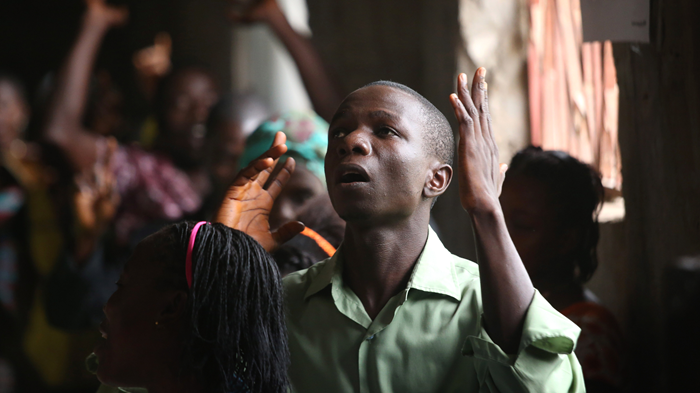 Despite concerns about secularization, the world’s population may not be losing its religion quite so fast.

Like in the US, young adults around the globe are generally less devout than their elders, especially in Western Europe and Latin America; however, in other regions, many countries have resisted that trend, welcoming new generations of just-as-eager Christians and Muslim believers, according to a Pew Research Center report released today.

Of the 106 countries in the report, more than half (58 nations) show little or no age gap in religious commitment. In the rest (46 nations), adults under 40 were significantly less likely than their elders to consider religion very important. 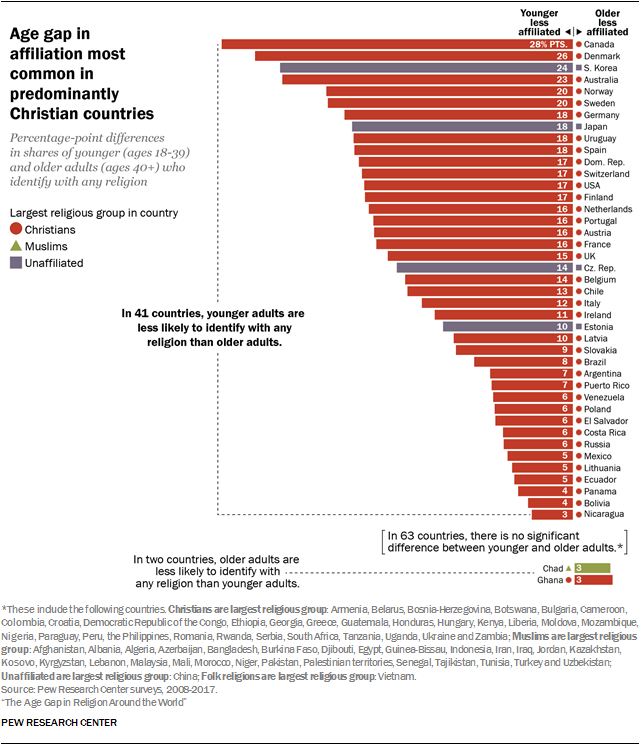