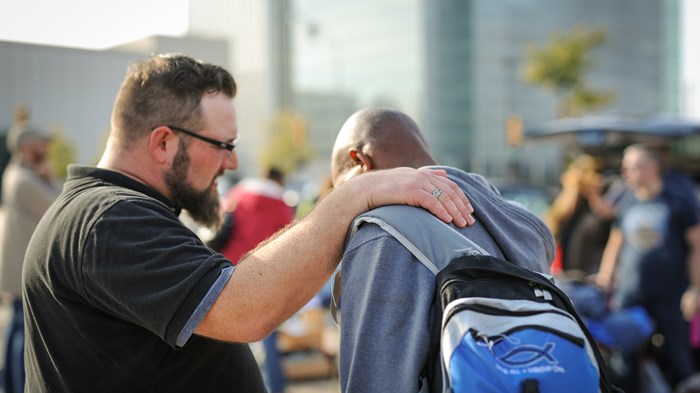 Most Protestant churchgoers say they are eager to talk to others about Jesus, and are praying for opportunities to share their faith. But most say they have not had any evangelistic conversations in the past six months.

The 2019 Discipleship Pathway Assessment study from Nashville-based LifeWay Research found excitement and eagerness about the idea of evangelism, but few Protestant churchgoers actually engaged in the practice on a regular basis.

More than half (55%) of those who attend church at least once a month say they have not shared with someone how to become a Christian in the past six months.

“Sharing the good news that Jesus paid for our sins through His death on the cross and rose again to bring us new life is the mission of the church,” said Scott McConnell, executive director of LifeWay Research, “but it does not appear to be the priority of churchgoers.”

A majority of churchgoers (56%) say they pray for opportunities to tell others about Jesus at least once a week, with about 1 in 4 (23%) praying for such moments every day.

Another 1 in 4 (27%) say they rarely or never pray for those opportunities.

Those with a high school diploma or less are most likely to say they pray for those opportunities every day (31%).

Hispanics (36%) and African Americans (29%) are more likely to offer those prayers every day compared to whites (20%) or other ethnicities (17%). 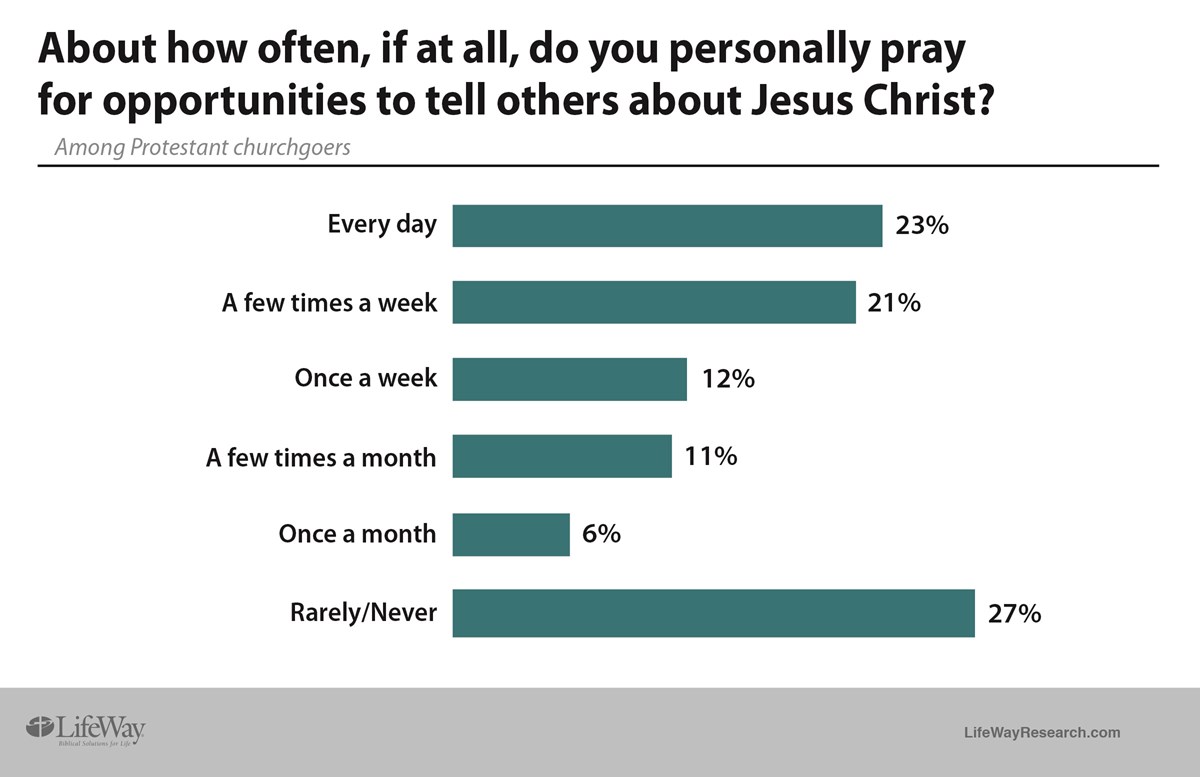 Those who attend a worship service on average once a week (75%) are more likely than churchgoers who attend less frequently (69%) to pray evangelistically at least once a month.

Most churchgoers (56%) also say they are eager to talk about Jesus with people who are not like them in terms of ethnicity, income, or interests. About 1 in 6 disagree (16%).

Churchgoers 65 and older are the age group least likely to strongly agree they are eager to share the gospel with those different from themselves (20%).

“The task of making disciples of all nations has not been fully embraced in the American church—especially by the majority culture,” said McConnell. “This is in spite of the convenience of having other ethnicities and immigrants from other countries often living in the same neighborhood.” 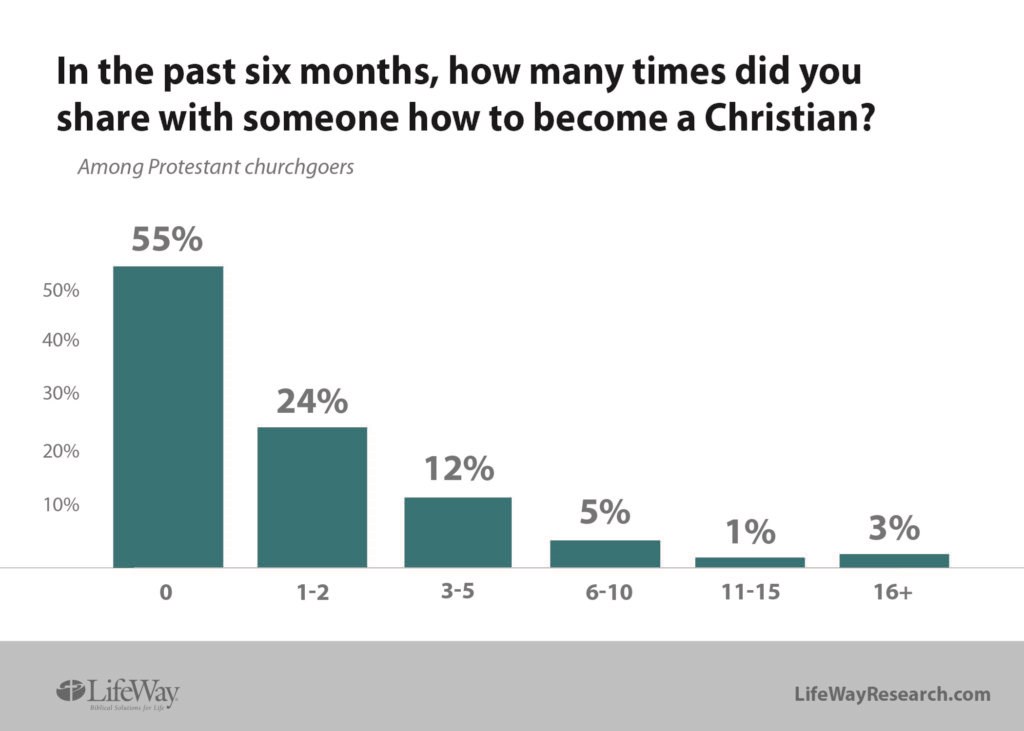 Less than half of churchgoers say they have shared with someone in the past six months how to become a Christian (45%).

Of those who have spoken to someone about becoming a Christian, most had done so with one or two people (24%). Meanwhile, 1 in 10 churchgoers average at least one evangelistic conversation a month.

Those 65 and older are the age demographic most likely to say they had no evangelistic conversations recently (62%).

“Recently, there has been much discussion about young adults participating less in evangelism. That’s not the case, however,” said McConnell. “In fact, young adult and middle-aged churchgoers are more likely to have shared with someone how to become a Christian in the past six months than older churchgoing adults.”

Hispanics are the ethnic group least likely to say they have not spoken with anyone about becoming a Christian in the last six months (32%).

Most churchgoers (55%) say they have, however, invited an unchurched person to a church service or program in the past six months.

Again, Hispanics are the most likely to have invited someone. About 7 in 10 (71%) Hispanic churchgoers say they invited at least one person to church.

Increased church attendance is also linked to an increased practice of inviting others to church.

“Jesus never promised the Great Commission would be completed quickly,” said McConnell, “but He set the expectation that the efforts to reach all nations with His gospel should be continuous. Many in church today appear to be distracted from Jesus’ final command.”

The online survey of 2,500 Protestant churchgoers was conducted Jan. 14–29, 2019. Respondents were screened to include those who identified as Protestant/non-denominational and attend religious services at least once a month. Quotas and slight weights were used to balance gender, age, region, ethnicity, income and denominational affiliation. The completed sample is 2,500 surveys. The sample provides 95% confidence that the sampling error does not exceed plus or minus 2.0%. Margins of error are higher in sub-groups.