The church network pushed back against renewed scrutiny around SGC and former president C. J. Mahaney’s response to abuse claims.
Kate Shellnutt|April 18, 2019 08:35 AM 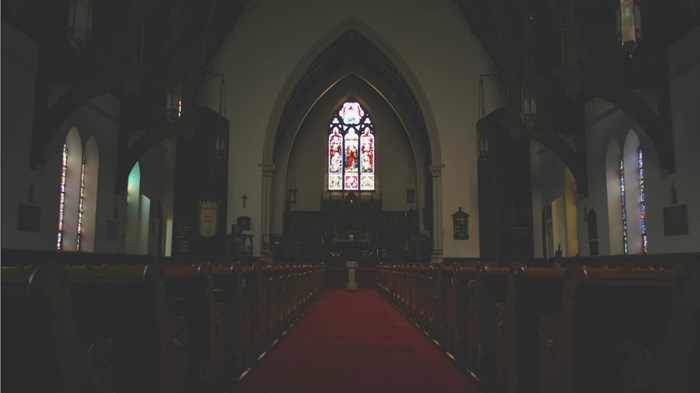 Despite continued calls for an independent, third-party investigation into Sovereign Grace Churches (SGC) and its response to abuse allegations, the network has officially taken the option off the table, calling it “inappropriate, impractical, unjust” and “impossible.”

Controversy has surrounded SGC—previously Sovereign Grace Ministries, or SGM—and its founder C. J. Mahaney since at least 2012, when SGM’s flagship congregation faced a lawsuit alleging a sexual abuse cover-up, which was later dismissed on procedural grounds.

This year, as evangelicals ramp up their response to abuse, top leaders in the Southern Baptist Convention have joined the scrutiny over Mahaney and his current congregation, SGC Louisville, which is also affiliated with the SBC.

In a statement released this week, SGC declared that there hasn’t been enough credible evidence against its leaders or churches to necessitate an investigation and that an outside query would violate the church’s ecclesiastical accountability structure.

“We remain persuaded that an investigation of the sort we’ve been challenged to authorize—both in good faith and otherwise—is inappropriate, impractical, unjust, and finally would be unsatisfactory to all interested parties,” the 2,300-word statement concluded. “Most importantly, as far as we’re able to discern, we believe this course, the theological capitulation it would represent, and the precedent it would set, would ultimately dishonor Christ and harm the cause of the gospel.”

SGC, a network of 72 evangelical churches with headquarters in Louisville, Kentucky, said the decision was made in consult with fellow pastors, Christian leaders, and attorneys.

In February, following a landmark Houston Chronicle investigation into abuse among Southern Baptists, SBC president J. D. Greear called for an inquiry into whether Mahaney’s congregation, SGC Louisville, met denominational standards in their response to abuse. The church was among an initial list of 10 that were “alleged to have displayed a wanton disregard for the seriousness of abuse.”

The week before, Southern Baptist Theological Seminary president Al Mohler had walked back his previous support for Mahaney, apologizing for his initial response and reiterating calls for an independent investigation. “When this issue resurfaced a year ago, I was made painfully aware of my serious mistakes. I immediately urged that an independent investigation be conducted and agreed that CJ needed to step down from public ministry until that took place,” he stated.

These remarks prompted defenses from SGC Louisville and the SGC network earlier this year, who said they “unreservedly commend his character and support him in his role as a pastor” and were “not aware of any outstanding, credible accusations against him.”

During the first week in April, Sovereign Grace said the Louisville congregation heard from the SBC workgroup tasked with evaluating concerns over affiliated churches’ abuse responses, and the elders responded quickly. “They are fully prepared to provide factual and ethical reasons …why the church should be removed from the SBC President’s list and to have its good name cleared of the public suspicion created by being placed on this list,” the leadership team said.

In its explanation against an outside investigation, as in earlier statements, the SGC writes multiple times that authorities and previous inquiries have never found credible evidence to support the suspicions against them. “Moreover, there is not a single instance of a Sovereign Grace pastor or staff member ever being charged with—much less convicted of—sexual abuse or covering up abuse in our 35+ year history.”

Nathaniel Morales, who was convicted in 2014 of molesting multiple teenage boys, was a youth group volunteer and not employed by Covenant Life Church in Maryland, Mahaney’s former congregation. Covenant Life and another church in Virginia where the cases of abuse from the dismissed lawsuit allegedly took place are no longer in the SGC network.

“We have no authority over those churches, no right to their pastoral records, and no access to their internal reports or investigations,” the leaders write. “We are simply unable to perform what some people are demanding.”

The SGC leaders also wrote that Sovereign Grace has a “detailed, well-defined polity with clear avenues to pursue biblical justice,” saying that an outside investigation “would set aside the biblical principles underlying all these polity provisions and structures” and “submit all our churches and their leaderships to the processes and judgment of a single, functionally unaccountable organization or individual, who would be empowered to pass judgment on every SGC church without recourse.”

Rachael Denhollander, an attorney-advocate made famous through her testimony against gymnastics doctor Larry Nassar, lives in Louisville and has researched the SGC case in detail. She is among the evangelical voices calling for an independent investigation—recommending GRACE (Godly Response to Abuse in the Christian Environment)—and criticized SGC’s recent announcement.

“Every institution that desires to pursue truth and accountability must sift through these questions, and numerous Christian experts are available to help properly exegete Biblical standards of justice and accountability,” she wrote in a Facebook post Tuesday. “An independent review by a qualified firm requires higher, not lower, standards than the less-defined and basic standards set out in Scripture.”

(Mohler stated that Denhollander had “fundamentally changed” his understand of the Sovereign Grace situation. Last year, she called the SGC saga “one of the worst, if not the worst, instances of evangelical cover-up of sexual abuse” and has since detailed objections to their previous investigations and defenses.)

In March 2018, CT published an op-ed by editor in chief Mark Galli, saying the level of suspicion around SGC should be cleared or confirmed through an outside review: “We call for this on behalf of potential victims who may have yet to be heard. And for the sake of SGC and for the integrity of evangelical churches everywhere. And especially for the sake of the gospel.”