Cartel violence and threats escalated in August, and a Christian leader who ran a refugee shelter remains kidnapped.
Morning Star News|August 30, 2019 09:12 AM 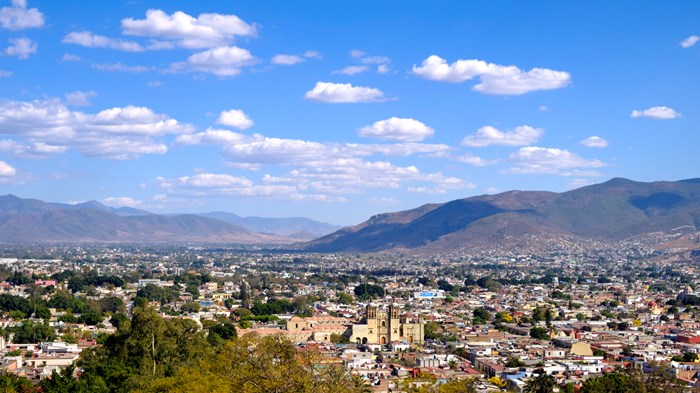 A Roman Catholic priest and an evangelical pastor in Mexico were killed this month, and another pastor was kidnapped, according to published reports.

José Martín Guzmán Vega was killed on August 22 in Matamoros, Tamaulipas state, in northeast Mexico, according to the Catholic Multimedia Center (CCM). The priest of the Cristo Rey parish in the San Adelaida area of Matamoros was stabbed several times at about 10 p.m. inside his parish building, according to CCM, citing neighbors who heard cries within. He was 55.

His death brings to 27 the number of priests killed in Mexico since 2012, according to CCM. The state attorney general’s Investigative Police officers were still looking for a motive and the assailant(s) at this writing. In recent years drug rings have targeted both Protestant and Catholic leaders for their opposition to trafficking in illegal substances.

“So far this year, various incidents against priests and other clergy have been recorded, such as the case of a priest wounded by gunfire in Cuernavaca, Morelos [state], and the death threats against various priests in various areas of Veracruz,” CCM reported.

On the other side of the country, in southwest Mexico’s Oaxaca state, pastor Alfrery Líctor Cruz Canseco was shot to death in Tlalixtac de Cabrera on August 18, shortly after leading a worship service at his Fraternidad Cristiana (Christian Brotherhood) church, according to local news reports. Authorities were reportedly still investigating a motive for the gunman approaching the Protestant pastor and shooting him in his car outside the church site.

Church members reportedly managed to apprehend the suspect and turn him over to police. Pastor Cruz Canseco died en route to the hospital.

Authorities and Mexican media have noted an increase in violence in the area, with a drug ring called the Cartel of Oaxaca issuing threats on social media to carry out more executions in southern Mexico. Officials report more than 180 assassinations in the Oaxaca’s southeastern isthmus area so far this year.

In Tamaulipas, pastor Aaron Méndez Ruíz, head of a shelter for refugees, was kidnapped on August 3 while interfering with a drug ring’s efforts to kidnap Cuban immigrants, workers told Spanish news agency EFE.

Erbin Ortiz, a worker for the Casa del Migrante AMAR in Nuevo Laredo, told EFE that armed men from an organized crime ring entered the shelter intending to kidnap Cuban immigrants but took him when he tried to stop them. State and federal police are reportedly searching for Pastor Méndez Ruíz without success, and workers fear that even more immigrants could be kidnapped in spite of police guards around the shelter.

The shelter designed for 100 people has been serving 120 migrants, and reached 450 in earlier immigrant flows. Cuban immigrants are targeted by crime rings as their relatives have a reputation for paying ransoms quickly, Ortiz told EFE.

“We are deeply concerned for the well-being of Pastor Méndez Ruiz and for the welfare of migrants residing at the Casa del Migrante AMAR migrant shelter,” Thomas said. “We urge the Mexican government to ensure security for civilian populations in areas with a strong influence of criminal groups, and to develop strategies to support religious leaders and other civil society actors who are under threat.”

Last year 10 religious leaders were killed in Mexico, the 10th consecutive year the country has ranked as one of the most dangerous in the world for Catholic priests, according to CSW.

“The expansion of violent criminal groups in the country and the pervading climate of impunity surrounding such crimes has led to an increase in violence against religious leaders,” CSW’s statement read. “Many criminal groups view church leaders, both Catholic and Protestant, and their influence, as a threat to their power. Religious leaders continue to be threatened, kidnapped and killed, and a lack of proper investigation means perpetrators are not brought to justice.”

The US Commission on International Religious Freedom’s 2017 annual report noted that organized crime gangs such as Los Zetas and Knights Templar target Catholic priests and other religious leaders with death threats, extortion, and intimidation.

“In some cases, these targets ultimately are killed,” the report states. “Religious leaders are targeted because they speak out against the gangs and/or because they refuse to include gang spiritual mythology in their sermons.”