Baylor researcher: “If you believe in a harsher form of hell, you’re pretty sure you’re not going there.”
David Briggs - ARDA|February 4, 2019 09:00 AM 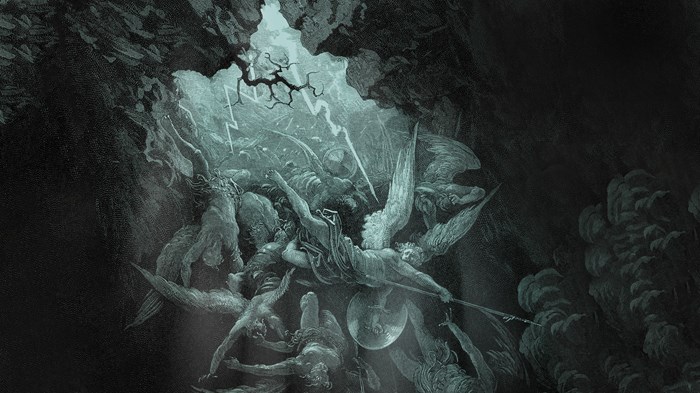 “And the souls of the wicked are cast into hell, where they remain in torments and utter darkness.” – The Westminster Confession.

Can belief in hell be considered a pathological fear?

Consider the stakes for many believers. With the prospect of an eternity of torture and other forms of suffering, one might say a crippling fear of hell would be warranted.

With those questions in mind, a team of researchers from Baylor University developed a series of measures on “hell anxiety” and tested them in what they say is the first systematic examination of the psychological consequences of belief in hell.

What they found was that individual belief in hell was not in itself connected to any neuroses, and that most people did not display an unhealthy focus on the possibility of eternal damnation.

The findings, some of which even surprised research team members, included:

That does not mean belief in hell may not have a dark side when other mediators are involved.

The study found those who viewed God primarily with fear, those who believed they were likely to go hell, and those with a sense outside forces could decide their fate, were more likely to experience greater hell anxiety and death anxiety.

Overall, the results suggested belief in hell should not be considered a pathological fear, “but is perhaps a rational response to personal theological” beliefs, researchers concluded.

Hell matters to a lot of us.

About half of Americans are absolutely sure of their belief in hell, while the percentage who believe rises above two-thirds when some degrees of uncertainty are included.

[Editor’s note: Last year, a LifeWay Research survey similarly found that just 45 percent of Americans agree hell is a real place. The Pew Research Center reported that a vast majority of highly religious and somewhat religious Americans (at least 8 in 10) believe in hell, while barely any non-religious Americans do (fewer than 5%). In the Pew study, each group was more likely to profess a belief in heaven than hell.]

Earlier research into supernatural evil such as hell, Satan, and demons has found both positive and negative outcomes.

Belief in supernatural evil has been linked to results such as increasing religious resources and promoting greater cooperation and less selfish behavior.

And warnings about hell and Satan have been shown to be helpful for many people seeking to live up to divine standards in areas from cultivating lasting relationships to avoiding harmful addictions.

In one recent study, a team of researchers from the Netherlands reviewed 15 cross-sectional studies on moral objections to suicide, especially the conviction of going to hell after taking one’s own life. They found each study supported the idea that moral objections and fear of hell exerted a restraining effect on suicide.

There is also a dark side.

Belief in the existence of powerful supernatural evil beings was one of the strongest predictors of poor mental health in young adults, a study by Purdue University researchers found.

“It may be,” the researchers said, “that views of the world in which life is perceived to be unpredictable, out of control, or worse yet, controlled by malevolent forces, have the potential to be far more damaging to mental health … than the possible protective effects of reassuring beliefs.”

Yet hell anxiety has been largely an unexplored topic. And it’s often addressed with only a single question as part of a larger study on death anxiety.

The Baylor study pushes the research forward in several directions, including developing a hell anxiety scale that considers several different hell beliefs and feelings, along with related measures on topics from free will to psychological distress to afterlife anxiety.

The scale was tested in a survey administered to 353 undergraduate students at a Christian-affiliated university.

Just 13 percent of the respondents said it was more likely than unlikely they would go to hell.

Most respondents were able to place their understanding of hell in a broader perspective that protected against hell anxiety.

Some of the lessened fears around hell may be the result of factors such as the more religious people are, the less likely they will feel hell is in their future. That may be particularly true for individuals who envision it as a place of eternal torture.

“Basically, if you believe in a harsher form of hell, you’re pretty sure you’re not going there,” said lead researcher Stephen Cranney.

Other explanations may include the human tendency not to focus on events far in the future, and to push negative outcomes from their minds as a coping mechanism.

But the research also indicated that a strong sense of free will, or that you have control over your destiny, and a positive God image may be strong protective factors.

In contrast, in addition to respondents who thought hell was a likely option, those experiencing the greatest hell anxiety were people who were more likely to believe their choices are determined by forces outside their control and those expressing fear of God.

There is a great deal of research to be done on the consequences of belief in hell.

But the research so far indicates that those caring for people suffering from an unhealthy fear of hell may benefit from a greater understanding of how hell beliefs can impact lives.

Part of that may include secular and religious counselors working together to offer different perspectives that may emphasize divine love and mercy or more nuanced understandings of hell.

In the suicide study, researchers said moral objections to suicide is a relevant factor in the exploration of suicidality, or the likelihood of an individual taking her or his own life, in every individual patient.

“Suicidal patients with moral objections can benefit from the inclusion of … life-maintaining beliefs from religion in the treatment of suicidality and of its underlying psychopathology,” they noted. “This has to be done in a sensitive and supportive way, not just reinforcing fear, but instilling hope.”

If hell no longer hath the same nightmarish fury conjured up in many depictions in medieval art, it still has a great deal of relevance in the modern age.

David Briggs writes the Association of Religion Data Archives (ARDA)’s Ahead of the Trend blog. The ARDA offers a religion quiz to test beliefs in hell.