HarperCollins, Tyndale, and others warn Trump administration that 25-percent tariff hike will make God’s Word harder to get—and could cause some translations to be discontinued.
J. Y. Lee|June 21, 2019 11:07 AM 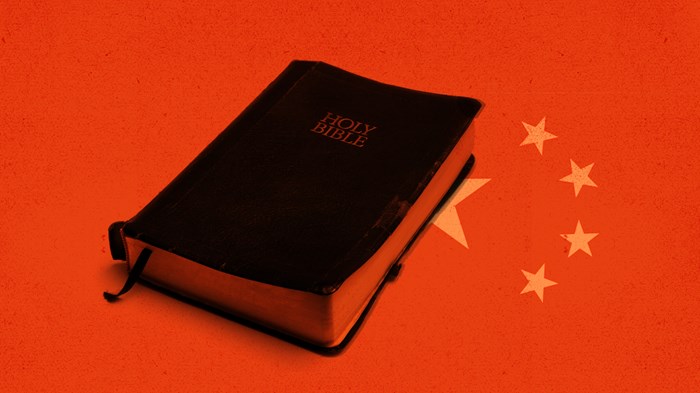 The next victim of the mounting trade war between the United States and China: God’s Word.

Although books have escaped earlier tariff hikes by the Trump administration, the latest proposed round—a 25-percent tariff on $300 billion of Chinese goods—includes Bibles and Christian books.

In response, leading Christian publishers testified before the US International Trade Commission in Washington D.C. this week to ask for exemptions.

China is the world’s largest Bible publisher, thanks to Nanjing-based Amity Press which has printed almost 200 million Bibles since 1988 in partnership with the United Bible Societies.

For the world’s largest Christian publisher, HarperCollins Christian Publishing (HCCP), more than three quarters of its production costs are incurred in China. Its portfolio includes bestselling authors such as Rick Warren, as well as the New International Version (NIV) and the King James Version (KJV) of the Bible. The two popular translations give HCCP 38 percent of America’s Bible market, which sees about 20 million Bibles sold annually.

“We believe the Administration was unaware of the potential negative impact these proposed tariffs would have on the publishing industry, and never intended to impose a ‘Bible tax’ on consumers and religious organizations,” Doug Lockhart, HCCP’s senior vice president of marketing and Bible outreach, told CT by email.

In a hearing before the trade commission on Tuesday, CEO Mark Schoenwald argued the proposed tariffs will force HCCP to increase its prices, reduce its sales volume, and discontinue some Bible editions.

With more than 800,000 words that can extend to 2,000 thin pages, special bindings, maps, ribbons, and four-color printing, the Bible requires sophisticated printers. While Brazil, India, and South Korea also print Bibles, China has become unparalleled in Bible publishing for its economy of scale and highly skilled workforce.

“Tyndale House has not been able to identify printers outside of China with the capacity and skill to fulfill our needs for complex books,” wrote Tyndale chairman and CEO Mark Taylor in his submission to the trade commission. For Tyndale, the largest privately-owned Christian publisher in America and owner of the New Living Translation (NLT), 56 percent of its Bibles were published in China.

Meanwhile, smaller Christian publishers such as InterVarsity Press (IVP), which prints all its books domestically, remain unaffected by the threats of tariffs.

Christian publishers now await the decision of the trade representatives, who may announce it before the G-20 Summit in Osaka, Japan, on June 28, where President Donald Trump is expected to personally discuss a trade deal with President Xi Jinping.

“I’m hopeful that the representatives recognize the importance of religious literature and the scriptures,” Trevin Wax, director of Bibles and reference at LifeWay Christian Resources, told CT. “I’d love to see exceptions made here.” The publishing arm of the Southern Baptist Convention spends 31 percent of its total printing costs in China.

“We have to be optimistic, and there are good reasons,” Stan Jantz, president and CEO of the Evangelical Christian Publishers Association, told CT. “America has a history of exempting books from tariffs.” He gave testimony to trade representatives in D.C. this week, in partnership with the Association of American Publishers. “Christians depend on the Bible for their daily spiritual nourishment. It’s an important fabric of America.”

Bibles Threatened by US Trade War with China, ...